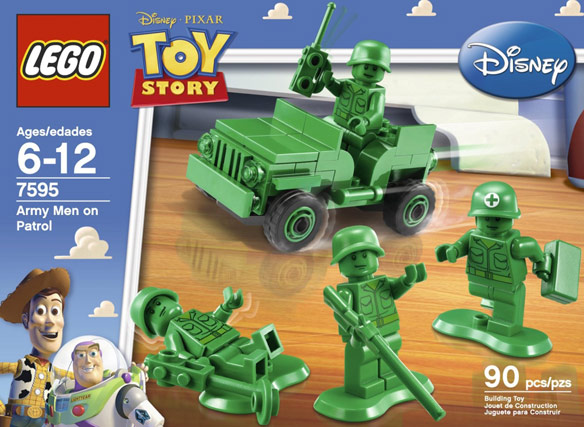 Three awesome toy franchises combine in the LEGO Toy Story Army Men on Patrol, offering up plenty of fun for those that like LEGO, Toy Story, and the classic green army men.

The Toy Story movies entertained both kids and adults but it was probably the grown-ups that got the biggest kick from seeing the animated army men go into action. Of course that introduced the little dudes to a whole new generation, and putting the LEGO spin on them only makes them more lovable. Hmmm. Can ‘lovable’ be used to describe people dressed in army fatigues that are carrying firearms? In this case, I think so. 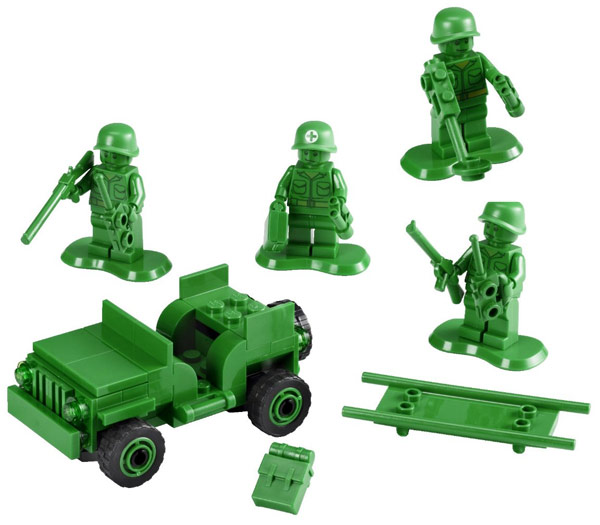 Secure the perimeter and leave no toy behind with the LEGO Toy Story Army Men on Patrol set. Available at Overstock.com for $12.99 and at Amazon.com for $25.