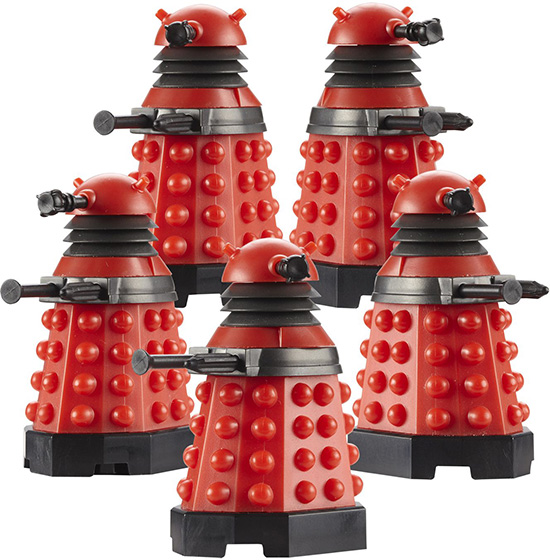 These Doctor Who Character Building Army Packs allow you to build up armies of Daleks, Cybermen, and Weeping Angels. Each set comes with five fully articulating micro-figures and a Dr. Who display base. Great for collectors, and even better for Dr. Who fans that like to play with their action figures.

The Daleks were born without any ability to feel compassion or pity and are motivated only by hate, fear and an implacable belief that they are the superior creatures in the Universe. Re-create epic battles with the Eleventh Doctor or build your own army of Daleks! Includes 5 Dalek Drone micro-figures. 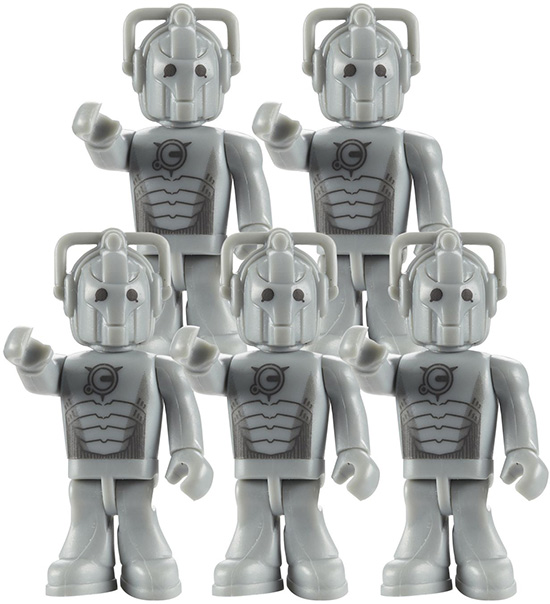 The Cybermen were originally human beings, but gradually they replaced their weak mortal flesh with metal and plastic. In the process they lost their compassion, along with all other emotions. Cybermen seek to ‘delete’ all who stand in their way, and can electrocute with their touch. Re-create epic battles with the Eleventh Doctor or build your own army of Cybermen. Includes 5 fully articulated Cyberman micro-figures with Doctor Who display base. 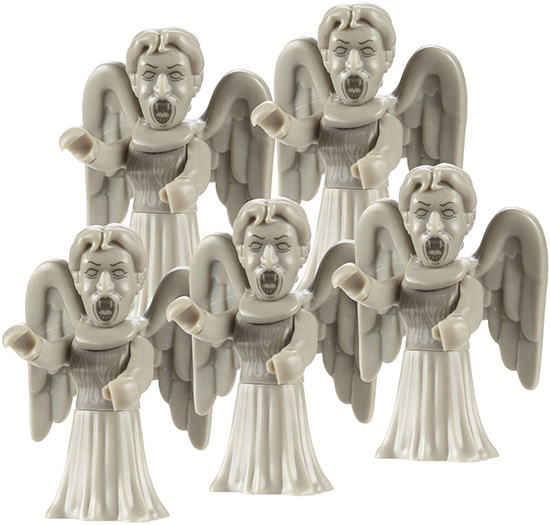 Possessing a natural and unique defence mechanism, the Angels are quantum locked. This means that they can only move when no other living creature, including their own kind, is looking at them. As soon as they are observed, they instantly turn to stone and cannot be killed. Re-create epic battles with the Eleventh Doctor or build your own army of Weeping Angels. Includes 5 fully articulated Weeping Angel micro-figures with Doctor Who display base.

Pre-order any of these 3 different Doctor Who Character Building Army Packs for £9.99 each at ForbiddenPlanet.com. Choose the Dalek, Cyberman, or Weeping Angel army packs.

Now you can become one of the Doctor’s fiercest foes. The Weeping Angels. This Halloween, scare everyone with this Doctor Who Weeping Angel Mask. Everyone who sees you will freeze in place. They won’t want to blink. They know what happens. They will get sent […]