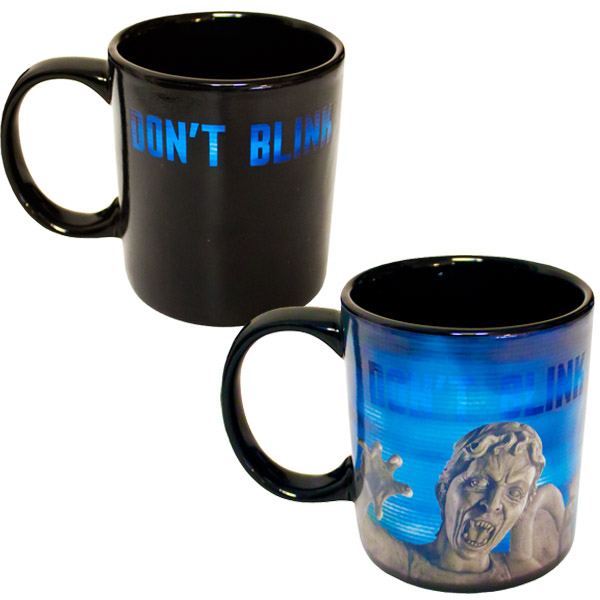 Don’t drink! At least that should be the new rule with the Doctor Who Weeping Angel Heat-Changing Mug because blinking has nothing to do with this particular Weeping Angel.

On one side of the mug are the iconic rules that every Whovian knows – ‘Don’t Blink,’ while the other side of the mug has what appears to be an innocent angel statue covering its face.

But if you pour a hot beverage into the mug, the shy angel statue disappears, only to reappear on the other side, replacing the rule about blinking with the angry fanged visage of a Weeping Angel as it attacks. 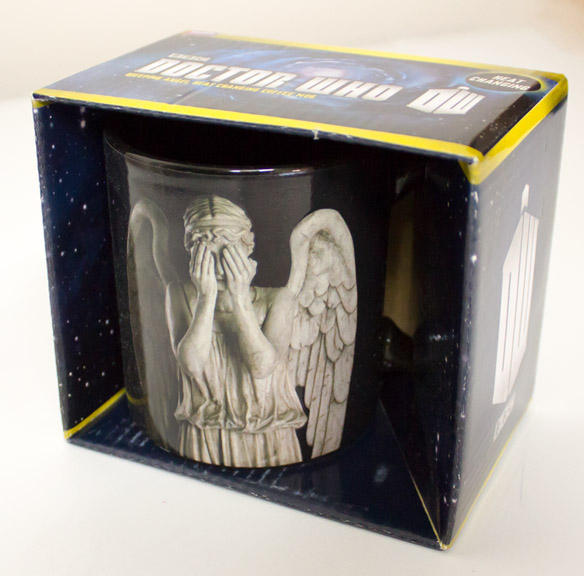 The Doctor Who Weeping Angel Heat-Changing Mug is available for $11.59 at PopCultcha.com.

The Angels have the Phone Box! But don’t despair. They also have the coffee and they are willing to share. This Doctor Who Weeping Angel Heat Change 20oz Ceramic Travel Mug is a must for Doctor Who fans. The attacking Weeping Angel appears when mug […]

This awesomely geeky Doctor Who Heat Changing Skeleton Mug is a must have for serious Doctor Who fans. Now you can drink your morning cup of coffee with the Daleks. This 11-ounce mug is great. It starts out as a Dalek and then when you […]

Strapped for ways to tell your significant of how much you love him or her? If you’re constantly doing sweet things to keep the fire burning (like giving chocolates, sending each other virtual hugs, surprising one or the other with flowers or presents), then you […]

Do you drink the coffee or just stare at the mug? It seems like a silly question unless you’re drinking from the Doctor Who Weeping Angel Mug. Some Whovians will think this 12-ounce mug is cool while others will see it as a cruel joke […]