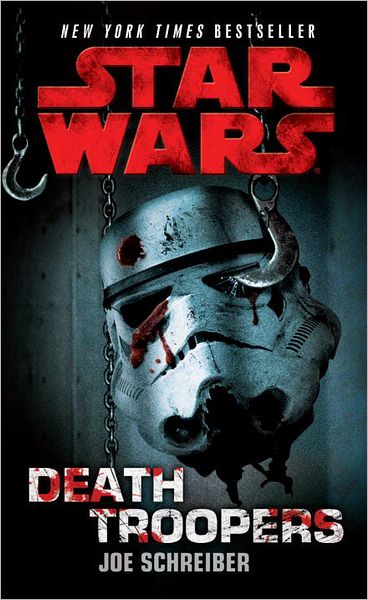 So it seems even the Star Wars Universe isn’t immune to the Solanum Virus. Star Wars Death Troopers is a gruesome tale of how a zombie plague came to overrun an Imperial barge. Written by Joe Schreiber and published by Lucas Books, this 288 page book is sure to excite and scare Star Wars fans and zombie fans alike.

Stop wondering and start reading to find out what happens when you combine two of the most talked about topics among geeks: zombies and Star Wars. Surely you would think lightsabers and laser blasters would be enough to stop the undead…but will it?

When the Imperial prison barge Purge–temporary home to five hundred of the galaxy’s most ruthless killers, rebels, scoundrels, and thieves–breaks down in a distant, uninhabited part of space, its only hope appears to lie with a Star Destroyer found drifting, derelict, and seemingly abandoned. But when a boarding party from the Purge is sent to scavenge for parts, only half of them come back–bringing with them a horrific disease so lethal that within hours nearly all aboard the Purge die in ways too hideous to imagine.

You can add a little fright to the holiday cheer when you purchase the Star Wars Death Troopers as a stocking stuffer this holiday season. Available at Amazon.com from $3.78.