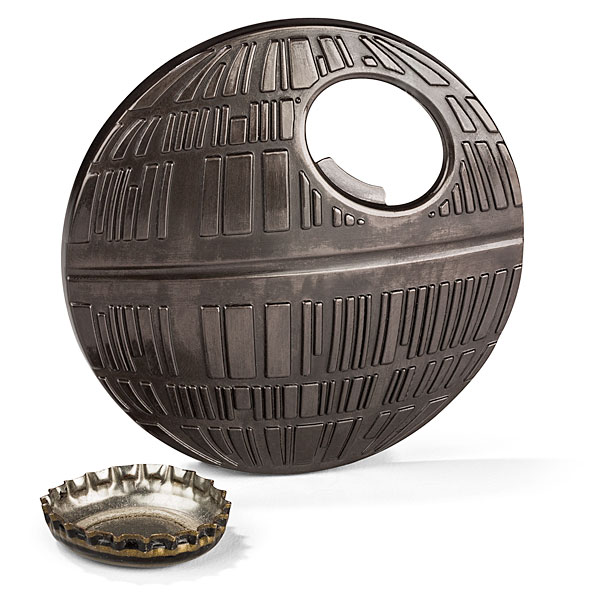 So you’ve already got several bottle openers. You probably don’t have one that looks like the Death Star, though. May the Star Wars Death Star Bottle Opener be with you.

We give the Death Star major props for its sound architectural design. As demonstrated by the LEGO version of the Death Star, every square centimeter must not be wasted. 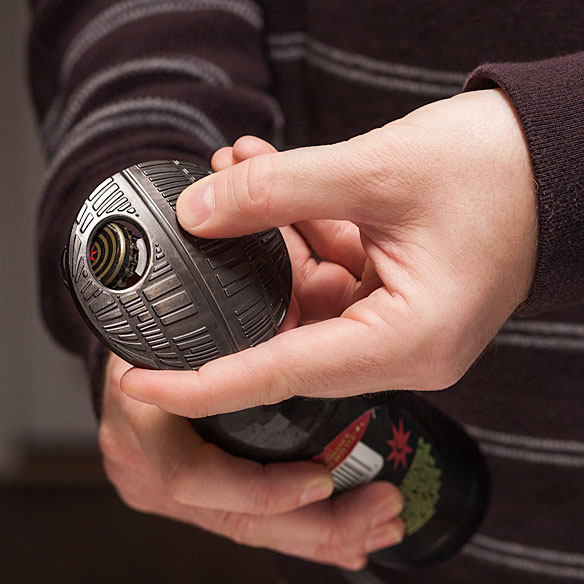 Star Wars Death Star Bottle Opener
That’s no moon! That’s a fully armed and operational bottle opener! Cast in solid metal, this Death Star opener features all the detail of the famous Imperial battle station from Star Wars, but at four inches in diameter it fits in the palm of your hand, and the small exhaust port opens bottles with ease. Plus, a magnet on the back allows it to hang ominously on your refrigerator! The ability to destroy a planet is insignificant next to the power of applied force! Comes packaged in a collector’s case with a full-color wrap. 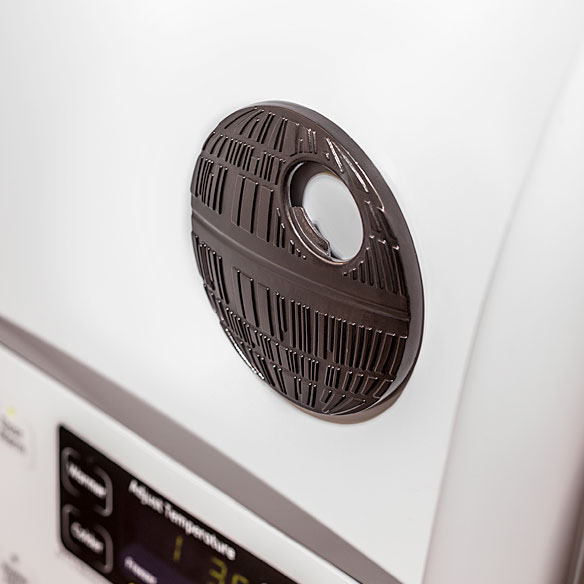 The Star Wars Death Star Bottle Opener also exhibits sensible design. Its flat shape makes it a perfect, compact magnet to stick on the fridge, but the four-inch opener is also just as easy to carry to parties or on trips. Look where they decided to stick the bottle opener’s tooth… right in the crater. That’s pure and simple genius. Last, you’ve got to love that the Death Star is entirely cast from metal. There’s nothing dumb, out-of-place, or wimpy about this thing.

The Star Wars Death Star Bottle Opener is so special that you can’t even have it right now. However, you can pre-order it for $17.99 at Entertainment Earth and at Forbidden Planet for £16.99 and expect it to ship sometime in October 2012.

UPDATE December 2012: You can now purchase the Star Wars Death Star Bottle Opener at ThinkGeek.com for $19.99.

Small tools are easy to misplace, and bottle openers are no exception. One way to avoid losing your bottle opener is to turn it into a permanent fixture like the Moose Head Bottle Opener, a wall-mounted moose head that actually serves a purpose. Another good way to keep track of bottle […]