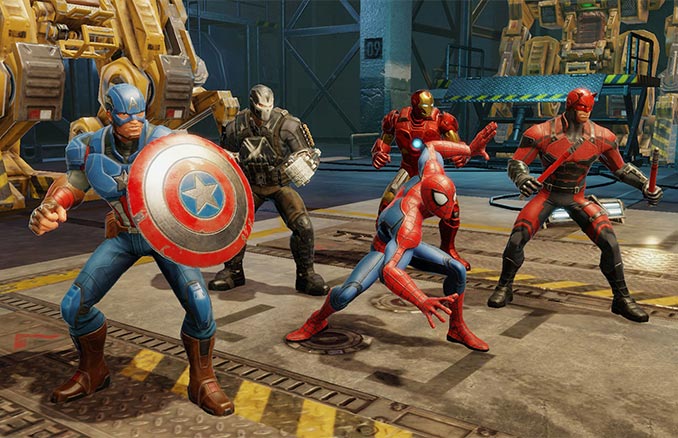 Today, Marvel Entertainment released a new Marvel Strike Force Official Gameplay Trailer. This mobile game, which is currently available for iOS and Android phones and tablets, was developed by Marvel Games and FoxNext Games. It is free to play, and features awesome Marvel characters, Super Heroes and Super Villians, that must fight side by side to defend Earth. Marvel Strike Force is a visually stunning action game with epic combat that features your favorite Marvel characters like Iron Man, Spider-Man, Groot, Doctor Strange, Captain America, Black Widow, Rocket Raccoon, Wolverine, Elektra, and Loki.

In MARVEL Strike Force, ready for battle alongside allies and arch-rivals in this action-packed, visually-stunning free-to-play game for your phone or tablet. An assault on Earth has begun and Super Heroes and Super Villains are working together to defend it! Lead the charge by assembling your ultimate squad, including Spider-Man, Doctor Strange, Groot, Rocket Raccoon, Loki, Elektra, Captain America and Iron Man, as you enter strategic combat against an all-new enemy threat. It’s time to fight! Gather your squad and prepare for the battle to save Earth!

You can download Marvel Strike Force in the Apple App Store and on Google Play.

Fishing is a pretty popular pastime and now you can enjoy it at your desk when you feel like you need that 5 minute break from putting coversheets on all the TPS reports. Enjoy the First Strike Fisherman Desktop Fishing Game as you cast away […]