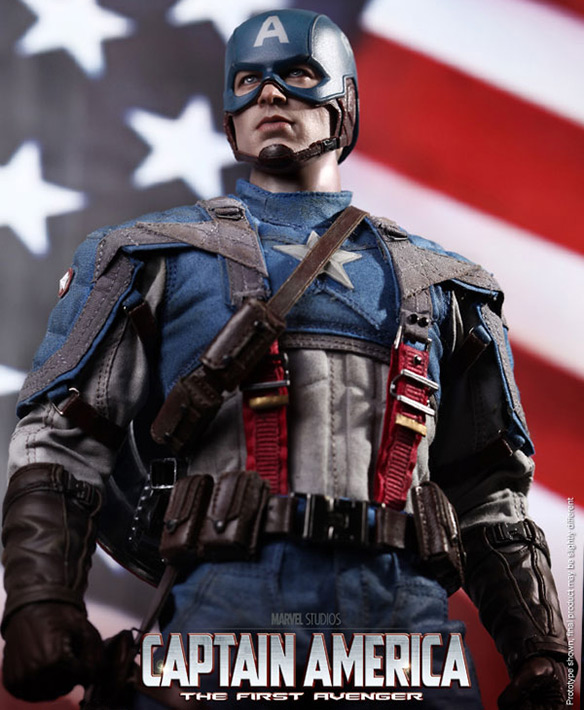 I had my doubts about the movie “Captain America – The First Avenger” but was pleasantly surprised at how inspiring and highly entertaining it turned out to be. Chris Evans portrays Steve Rogers, who had zero-point-zero chance of fighting on the frontlines of WWII, which was all he wanted to do. Puny and pre-pubescent in appearance, Rogers was the perfect bait for bullies but he never ran away with his tail tucked underneath him. His brave heart, perseverance, desire for justice, and a mad science miracle allowed him to physically become as strong as he was on the inside, rise to the rank of army captain, and kick some serious HYDRA bee-hind. If you’re a toy collector and were moved by the heroism seen in “The First Avenger,” you should consider owning this Captain America Sixth Scale Figure.

The movie-accurate collectible is specially crafted based on the image of Chris Evans as Captain America in his hero costume in the movie, highlighting the newly developed head sculpt, highly detailed costume and weapons. 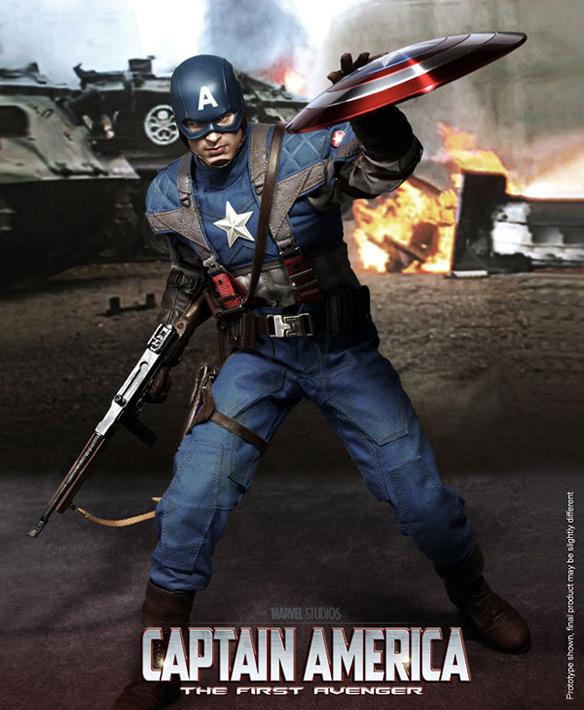 Battle scenes in the movie put Captain America’s indestructible vibranium shield in an envious light. Even I wanted one, though would have no use for it other than sledding down icy hills to Walmart Chevy Chase-style. The shield was ultra-light, shiny, and mainly kicked the stars and stripes out of Hydra cronies. With this figurine, the captain’s shield accurately takes after the one seen on film, with its high-shine metallic paint job. 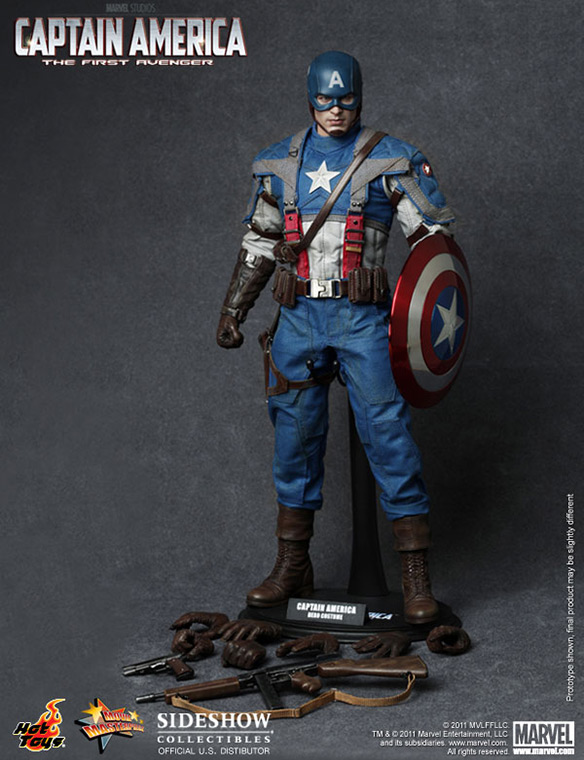 On the figure, the captain’s threads hang like a military uniform rather than his stretchy superhero unitard we normally see him wearing. The military look ties better into the movie’s plot and timeframe, specifically making this figure the ultimate souvenir. Hot Toys also did a respectable job in capturing the captain’s expression, which emanates altruism, determination, and humility. We could learn a lot from the qualities of Captain America.

It’s going to be interesting to see how the dynamics of the Marvel superstars play out in the upcoming “Avengers” movie, slated for May this year. Until then, you can buy the Captain America Sixth Scale Figure at SideShowToy for $169.99. And since there’s no good without evil, you should also check out Captain America’s arch-enemy; the Red Skull Sixth Scale Figure. Yep, it is possible for the guy in the Matrix, Hugo Weaving, to look just a tad bit creepier.

Captain America debuted in comic books back in 1941, which is why this Captain America Vintage Military T-Shirt makes so much sense. It’s a 100% cotton military green t-shirt with a design that fits well with the World War II era in which Captain America […]