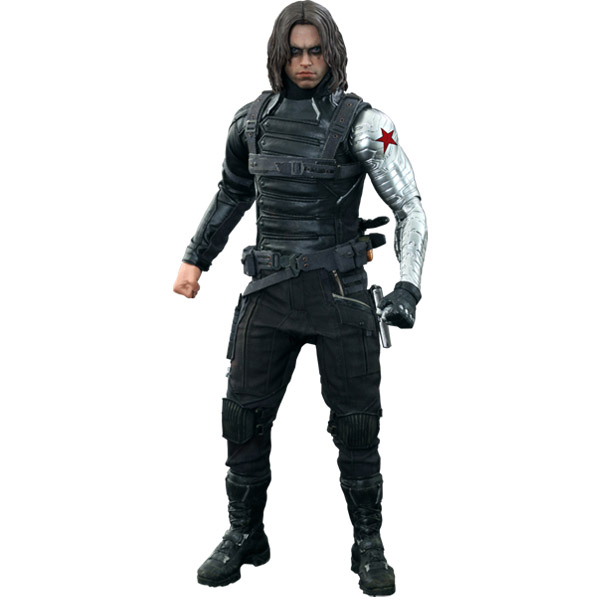 We’ve seen a sixth scale figure for Black Widow and a Captain America statue for the movie, but the Winter Soldier has been a pretty elusive dude. Thankfully, you can now add the latest Marvel character to your Winter Soldier collectibles.

The movie-accurate soldier/assassin, which is based on the image of Sebastian Stan, features a metal-like left arm with red star emblem, a detailed costume, various weapons, and two interchangeable head sculpts that create two distinctive looks.

The Captain America Winter Soldier Sixth Scale Figure will be available February 2015 but it can be pre-ordered now for $239.99 (or for as little as $80.00/month) at Sideshow Collectibles.

Looking like a walking U.S. flag can make it hard to be sneaky, which is why the Captain America: The Winter Soldier Captain America Stealth 1:4 Scale Statue shows Cap wearing a toned-down, stealth version of his iconic outfit. Forget about the eye-catching red and […]

Get ready to fight for truth, justice, and the American way, Pop! Vinyl style, with the Captain America 2 The Winter Soldier Pop! Heroes Vinyl Figures. The shield-slinging first Avenger is back in action, not looking as much like a US flag as he used […]