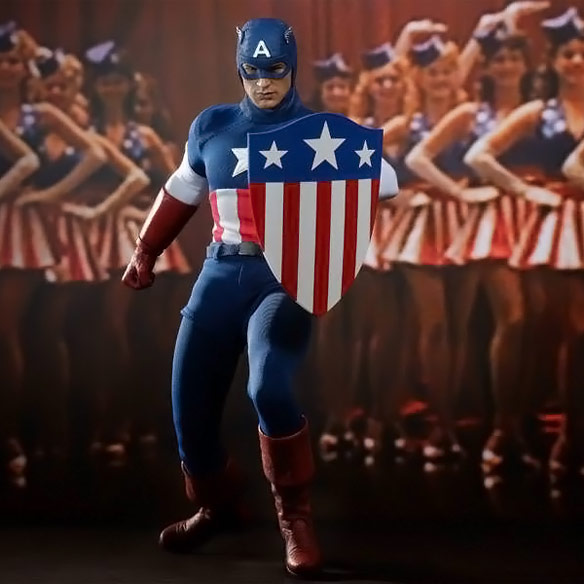 Before he was the First Avenger, Captain America was a joke, and the Captain America Star Spangled Man Sixth Scale Figure captures forever that less-than-glorious time in the life of Steve Rogers.

Every hero has to begin somewhere, and this super soldier’s start involved participating in USO tours as the Star-Spangled Man. Luckily, an opportunity to spring into action presented itself and Steve Rogers soon took on the identity of Captain America, leaving this limited-edition, exclusive action figure as the only way to remember Cap’s cheesy beginnings.

The sixth-scale figure features a newly developed head sculpt and a highly-detailed costume that even includes cue cards for the stage show attached to the back of his shield.

The Captain America Star Spangled Man Sixth Scale Figure will be available September 2013 but can be pre-ordered now for $214.99 (or for as little as $71.66/month) at Sideshow Collectibles.