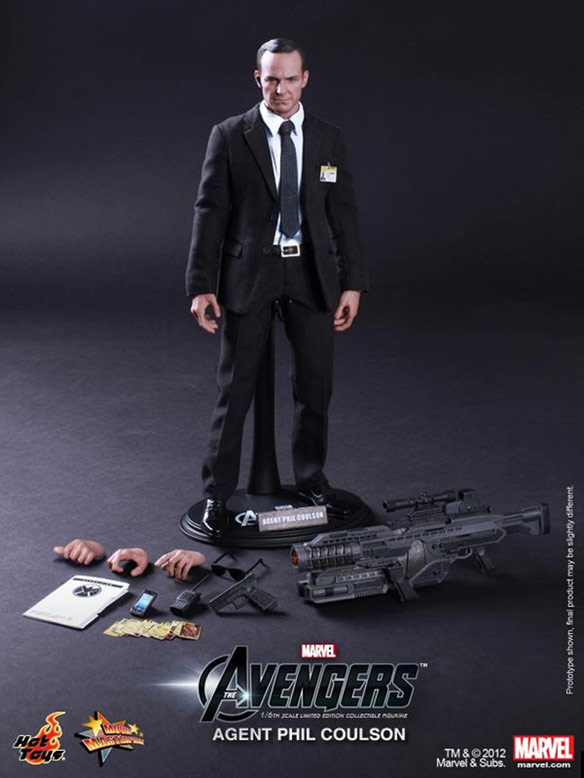 Back from the dead, and stepping out of “The Avengers” to star in TV’s “Agents of SHIELD,” everyone’s favorite secret agent is ready for anything with the heavily-equipped Agent Phil Coulson Sixth-Scale Figure.

The UK might have James Bond but the US has cool-as-a-cucumber Coulson. Now’s the time to grab this limited edition, exclusive release of Clark Gregg’s on-screen alter-ego because Phil is headed to the big time with his very own television show, which means Agent Coulson is about to become even more popular than he already is.

You can’t take a world of super-powered heroes and villains without a few toys to even the playing field, which is why Coulson comes with a ton of goodies, including the Captain America playing cards that were used to motivate the Avengers during a time of crisis. 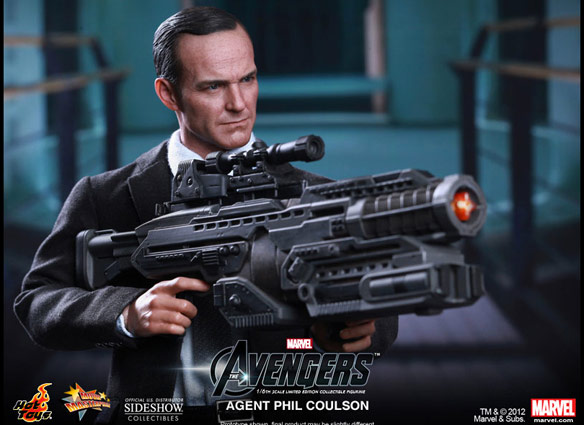 The Agent Phil Coulson Sixth-Scale Figure will be available June 2013 but it can be pre-ordered now for $174.99 at Sideshow Collectibles.