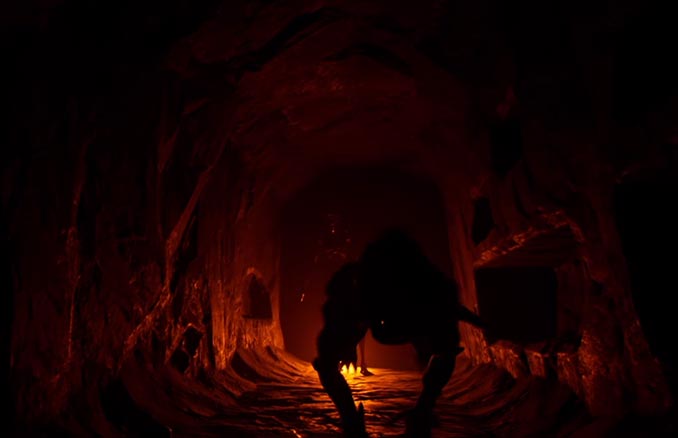 If you like creepy survival horror video games, check out the S.O.N Official Gameplay Trailer. It’s really just a teaser, and more is expected to be released soon, but it sets the terrifying tone for this game. In S.O.N, you play as Robert Alderson, a father in search of his missing son who disappeared in a Pennsylvania forest, South Of Nowhere. You will face fears and demons in this living hell.

S.O.N is the first game being made by indie developer Red G Studios and will be exclusively for the PlayStation 4. It uses the UnrealEngine, so top-notch graphics are possible. A demo will be shown on June 8th, and the game is scheduled for release in North America, Europe, and Japan on December 11, 2018.

S.O.N is an epic psychological survival horror game set in modern day. You play as Robert Alderson in search of his missing son Jay who went missing deep in the Pennsylvania forest, better known as South Of Nowhere. In a world where fear takes control over everyone and your past is never erased. What fears and demons will you face to get back your loved ones?

It Came Out Of Nowhere T-Shirt

As the It Came Out Of Nowhere T-Shirt shows, it’s hard to stop in time when you’re trying to reach 88 miles per hour… and what’s with that strange blue box that appeared out of thin air? The Doctor and Doctor Brown have both had […]