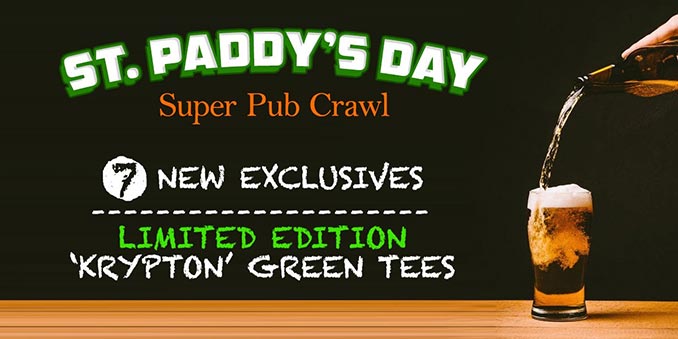 SuperHeroStuff has an exclusive new line of St. Patrick’s Day Super Hero T-Shirts. As fitting, they are green and beer themed. My favorite of the bunch is the Mos Eisley Cantina Shirts we already showed you, but the rest are pretty awesome as well. There are the The Batcave Brewing Company, Mjolnir Brewing Company, Kryptonite Brewery, Silver Sentinel Brewing Company, Von Doom’s Bier Haus, and The Canary Cage Irish Pub t-shirts. 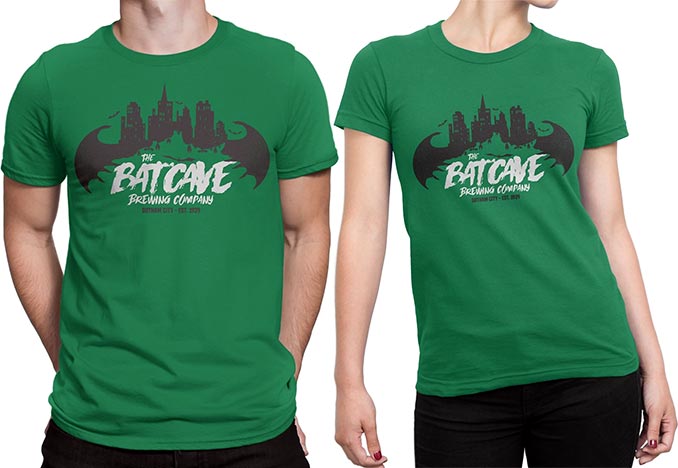 Much like a certain dark knight, the Batcave Brewing Company/Bar/Restaurant was formerly a rumor until its studded gauntlets/potent lagers punched a considerable number of criminals/customers in the gut.

Batcave Brewing Company T-Shirts are available for Men and Women for $19.99/$21.99 at SuperHeroStuff. 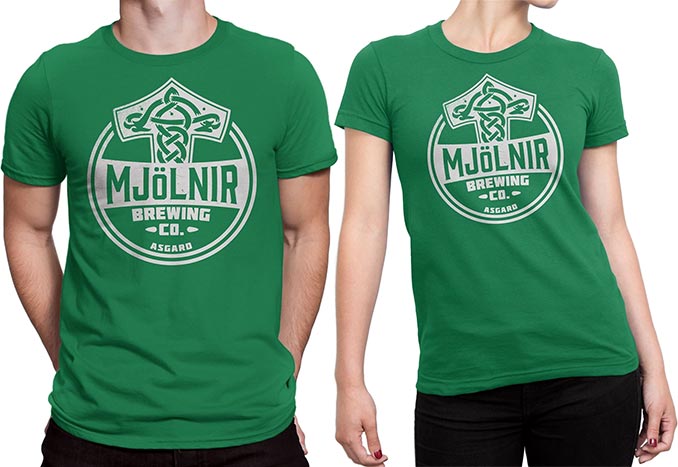 Where does a thunder god go when villainy is properly vanquished across realms both mortal and eternal?

Where is he drinking? If I was a betting mortal, I would put all my livestock on Mjolnir Brewing Company. I mean, it’s kind of his thing, and it produces an infinite amount of mead, so…yeah.

Made from 100% cotton, our Mjolnir Brewing Company Men’s T-Shirt celebrates the Odinson’s very first — and utterly successful — business venture: his very own brewery!

Mjolnir Brewing Company T-Shirts are available for Men and Women for $19.99/$21.99 at SuperHeroStuff. 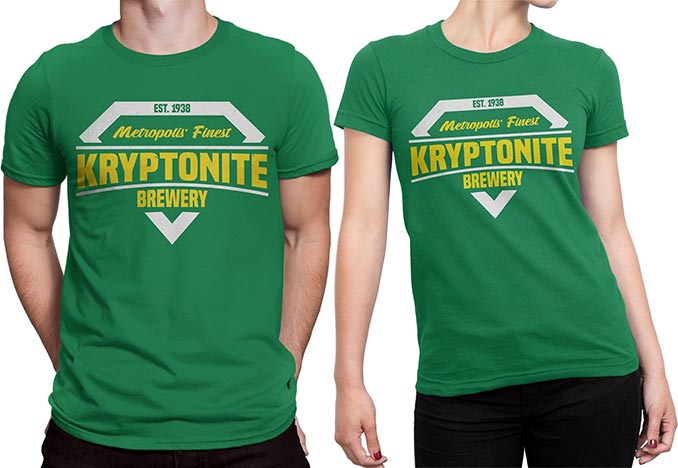 The Last Son of Krypton hates it, so a certain bald business mogul made it a franchise.

Yes, every citizen of Metropolis fills any number of the 75 Kryptonite Brewery locations currently spread about Superman’s preferred stomping grounds.

Unfortunately, one of the brewery’s prime ingredients is Kryptonite. Yes, it magnifies the alcohol content of any beverage, but it also makes a certain ‘man of steel’ extremely woozy.

Kryptonite Brewery T-Shirts are available for Men and Women for $19.99/$21.99 at SuperHeroStuff. 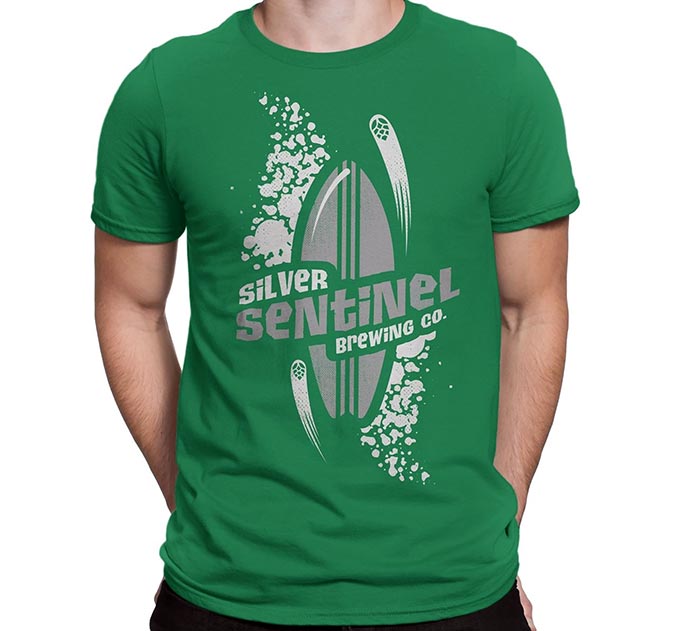 Yes, a purple giant space-god IS the bar.

Sure, a certain Herald’s incalculably fast surf board is certainly the center of attention on our Silver Sentinel Brewing Company Men’s T-Shirt, but it doesn’t tell the whole story.

After the ‘Sentinel of the Spaceways’ whisks patrons to the brewery’s location in deep-space, he deposits them in the cranium of an ancient super-being who stands taller than most planets.

Celebrating the massive bar/brewery residing inside the giant head of a world-consuming space-god, we present the Silver Sentinel Brewing Company T-Shirt.

Silver Sentinel Brewing Company T-Shirts are available for $19.99 at SuperHeroStuff. 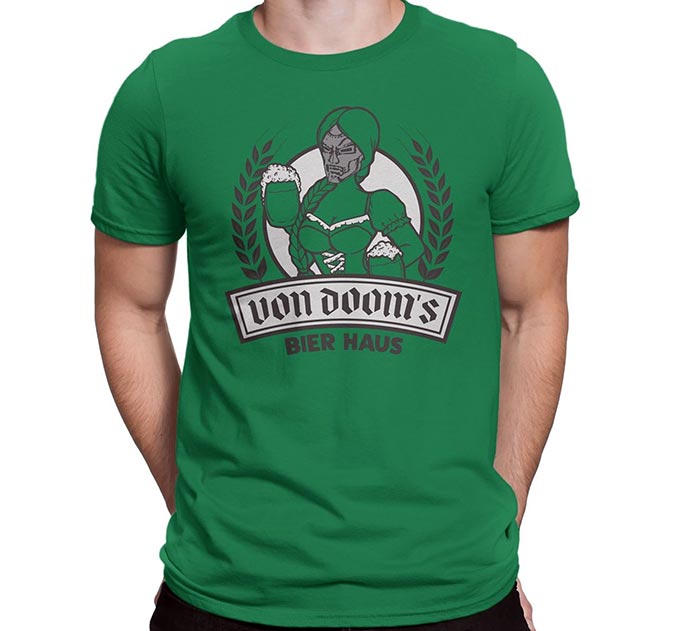 Every weekday after 5 PM, and every Saturday and Sunday, from 3 PM to 6 PM, the armored monarch expects his subjects to fill the halls of his multitudinous ‘bier haus’ locations.

And yes, the Doom Robots were granted a light makeover to put customers at ease. And yes, they’ll still atomize you if they detect any body movements implying dissention.

Made from 100% cotton, our Von Doom’s Bier Haus Men’s T-Shirt celebrates the famous Latverian bier haus supported by the monarchy.

Von Doom’s Bier Haus T-Shirts are available for $19.99 at SuperHeroStuff. 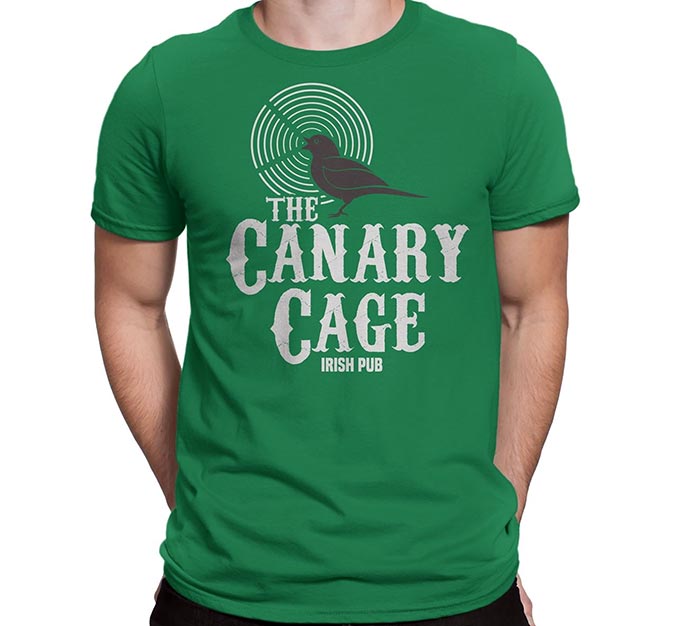 Come for the beer. Stay for the entertainment.

Sure, the Canary Cage is a fine Irish pub filled with a fine selection of beer and barely edible pub-food. But that’s not why you keep coming back:

You’re drawn to the captivating voice of the pub’s hypnotic house singer.

Yes, her voice is smooth and sultry, conveying a trained but broken vibrato implying deep vulnerability residing just beneath a street-tough exterior.

However, if you test her — if you throw a bottle on stage, or ask her — impolitely –to disrobe, that soothing, intoxicating voice becomes a penetrating sonic jackhammer.

Made from 100% cotton, our Canary Cage Irish Pub Men’s T-Shirt celebrates the legendary back-alley Irish bar, and the signing “canary” caged by circumstance and a complete disdain for artistic expression.

The Canary Cage Irish Pub T-Shirts are available for $19.99 at SuperHeroStuff.

Now you can easily brew fresh craft beers at home with the PicoBrew Brewing Machine. Basic home beer making systems, such as Mr. Beer, have been around for a long time. However, thanks to the immense popularity of craft beers these days, they are now […]

For those of you who are intrigued by the art of home brewing but don’t know where to start, all-in-one beer kits like the Mr. Beer Premium Gold Edition Home Brew Kit or the Beer Machine are definitely worth considering. But if you want to craft your own […]

How I Met Your Mother MacLaren’s Irish Pub T-Shirt

This How I Met Your Mother MacLaren’s Irish Pub T-Shirt would be perfect to wear on St. Patrick’s Day or any time you feel like reminiscing about Ted Mosby, Robin Scherbatsky, Marshall Eriksen, Lily Aldrin, and Barney Stinson and their fun adventures. Wear it while […]