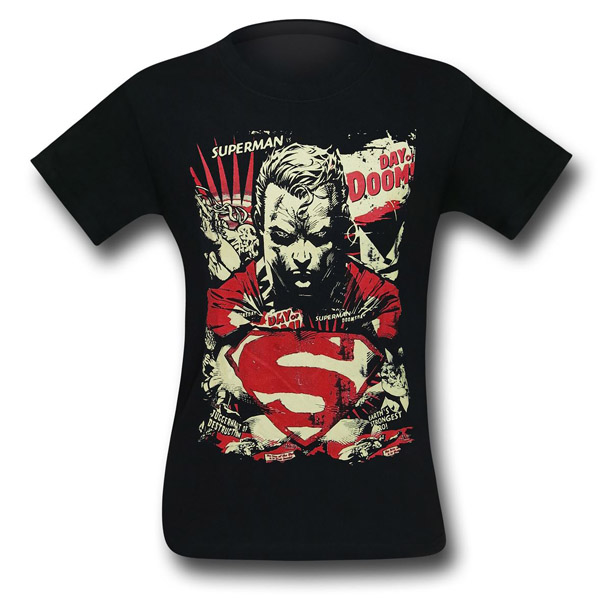 It was the moment that shocked even jaded comic books fans as Superman literally gave everything he had to take Doomsday down. Of course, comic books being what they are, Supes came back and Doomsday was featured so much that he no longer appeared to be an unstoppable boogie man. However, he did regain some of his menace as the pre-New-52 Man of Steel once again went toe-to-toe with the beast in DC Rebirth.

Now those battles are forever immortalized on this black 100% cotton tee. 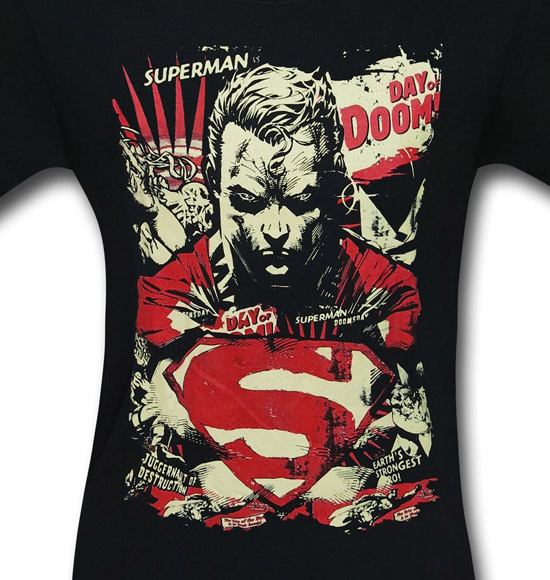 The Superman Day of Doom Men’s T-Shirt is available starting from $16.99 at SuperHeroStuff.com.

You ever have one of those days where you just wish you could push a button and reset the entire day, maybe even the entire week?  The USB Doomsday Device Hub gives you that little release of tension when you need it most.  Flip the […]

You can play a lot of games when you’re alone (like Solitaire Chess or the Lighted Solitaire Electronic Game), but one game you can’t play solo is tic-tac-toe–until now, that is. The Tic Tac Tome: Automatic Tic-Tac-Toe Playing Book has over 1,400 pages that will play […]

This Marvel Dr Doom Premium Format Figure looks pretty stunning and features one of the most popular comic book supervillains of all time and the Fantastic Four’s main nemesis. Doom is instantly recognizable and this figure comes with interchangeable classic and modern versions of his […]