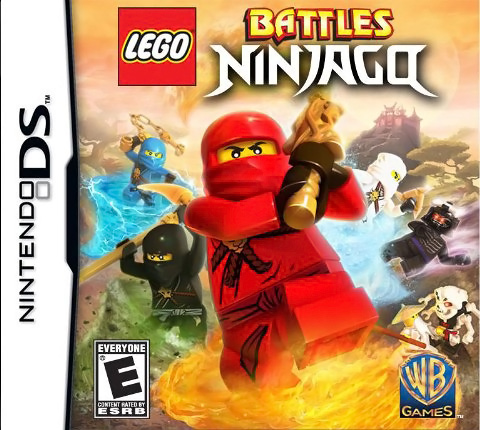 LEGO Battles Ninjago is being released today, April 12, 2011. This new game for the Nintendo DS video game system allows the player to become a master of Spinjitzu as they battle their enemies playing on the side of either Sensei Wu or Lord Garmadon. Restore the world’s harmony by building armies to recover powerful ninja weapons (the Scythe of Quakes, the Shurikans of Ice, the Nunchucks of Lightning, and the Sword of Fire) and defeat the sinister Skulkin forces.

LEGO Battles: Ninjago is a real-time strategy game for the Nintendo DS that is a follow-up to the Lego Battles video game.

Build your own army of heroes, battle the enemies and become a Master of Spinjitzu as you recover powerful ninja weapons and restore the balance between good and evil! Enjoy fun adventures and exciting missions as you travel the land of Ninjago to find the golden weapons before the evil Lord Garmadon.

Or play as the bad guys and join Lord Garmadon’s evil Skeleton Army, where you’ll face-off against the Masters of Spinjitzu and help Lord Garmadon regain his strength and become more powerful than ever before.