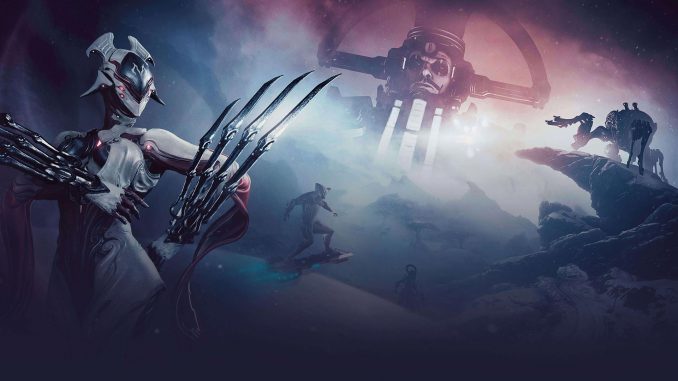 Warframe Fortuna is coming to the PC this week, with console availability following in the near future. With the Warframe Fortuna Official Update Trailer, you get a glimpse of the underground city of Fortuna and the Solaris that live there in terror, essentially enslaved under Corpus rule.

Learn more about Warframe Fortuna, or check out Warframe on Steam to download this popular free-to-play third person shooter.

Welcome to Fortuna, Outworlder. Explore the frigid landscape of Venus populated with new Corpus threats, subterranean mysteries and an ecosystem on the brink of destruction.

Down in the underground city of Fortuna, you’ll meet the Solaris: a society of body-augmented individuals who live in debt-internment under Corpus rule. The Solaris live in fear of being “repossessed” — cybernetic limb and organ removal by Nef Anyo’s repo squads. Despite living in terror and debt, the Solaris are a hopeful community who pride themselves in their efforts to terraform Venus.

Warframe: The Sacrifice Cinematic Quest was officially announced today, although other than the teaser trailer (watch below) not many details were provided. What is for sure is that it will be released later this month and players can go to The Sacrifice teaser page to […]

The Builder Hall 8 update is here! Check out the new weapons in this Clash of Clans Super PEKKA and Mega Tesla Update Trailer. The Super P.E.K.K.A. is a strong offensive machine/knight/samurai/person (like her home village counterpart). When the Super P.E.K.K.A. takes fatal damage, she […]

Fans of the Caped Crusader will love this new Batman: The Animated Series – Gotham City Under Siege Game. It can be played with one to five players, and each player takes on the role of a powerful Gotham City superhero: Batman, Robin, Batgirl, Catwoman, […]

If you like H.P. Lovecraft, and adventure games set in an open world, you need to check out The Sinking City: Death May Die Cinematic Trailer. Even though it looks incredible, you may not have heard of it yet, because it is from a small […]

The Friday Night Terror T-Shirt lets you relive those fond memories of your summers spent at Camp Crystal Lake. It’s a summer camp like no other, giving you many opportunities to work on your cardio with some late night jogs. If you were lucky, you […]