Watch the Animal World Official Trailers for a preview of this really weird but cool looking Chinese movie. At first blush it may appear to be a Chinese Deadpool ripoff with a dual katana wielding clown in some frenzied fight scenes, but Animal World is actually based Japanese manga Ultimate Survivor Kaiji. It’s directed by Yan Han and stars Yi Feng Li, which are names you might not recognize. However, the villain is played by Michael Douglas, an actor everyone knows.

Animal World will be released in China on June 29, and have a limited release in the UK and Ireland on July 6. It is also known as Dongwu shijie (Mandarin) and Dungmat saigaai (Cantonese).

Muddling along a path in life without any aim, Zheng Kaisi (starring Li Yifeng) lands himself in debt, with his mother in a vegetative state relying on him and his childhood sweetheart Liuqing (starring Zhou Dongyu) for survival. In order to repay his debts, he boards a gambling ship called “Destiny” to attend a mysterious gambling party. If he wins, all his debts will be cancelled. The game rules seem very simple, however, any tricks can be used in the game. Kaisi is soon overwhelmed by the countless traps and schemes. He must survive the game well-planned by Anderson (starring Michael Douglas), the leader behind all the tricks at the gambling party…

Muddling along without any aim, the hero Zheng Kaisi accomplishes nothing and is in debt of several millions because of borrowing money from friends. In order to pay the debt, he boards a ship called ‘Destiny’ to attend a mysterious gambling party at the instigation of someone. Once he wins, his debts can be canceled. The game rule seems very simple. Participants shall take pokers marked with ‘rock, paper, and scissors’ as props for seizing the star sign of the opponent. However, in the face of a group of desperate gamblers, any little flaw can be utilized in the game. Kaisi successively bumps into the principal of the casino, Anderson who hides a dagger behind his smiles, deadbeat magician Zhang Jingkun, friend Li Jun and the person with a scar on his face, who brings diamonds into the casino in private. Kaisi is almost overwhelmed by several traps and schemes as well as constant inversions. The cruel human nature reflected in the game is like the epitome of society. The gambling party is finally a scene of slaughter. Kaisi must survive in the game well-planned by Anderson for the sake of his mother in a vegetative state who relies on him for survival and the childhood sweetheart Liuqing… 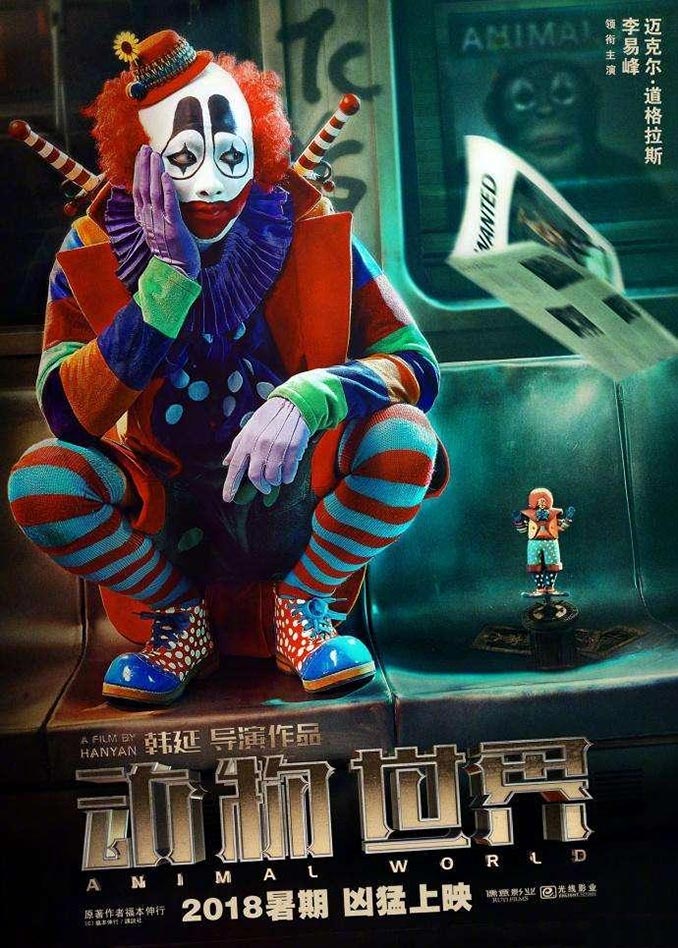 Forgetful types might want to sip their coffee from the Memo Mugs, where they can scribble some reminders or random stuff on the surface. Those who might want to prevent mug theft or unauthorized mug usage might want to check out the Plug Mug for […]

The above Hello Kitty inspired audio gadget is one of four new animal themed MP3 speakers that the Korean company Novelview has announced.

It’s a problem. You really want to be like your buddies and have a deer head in your living room, but the idea of killing Bambi makes you faint. The Cardboard Safari Animal Trophies lets you have the best of both worlds, and you don’t […]

This two animal inspired gadget combos, available in the shape of a pink pig and a green frog, connects to your computer’s USB port and can help you with two things: heating up your frozen fingers and loosen those unwanted muscle tensions. Simply press the […]