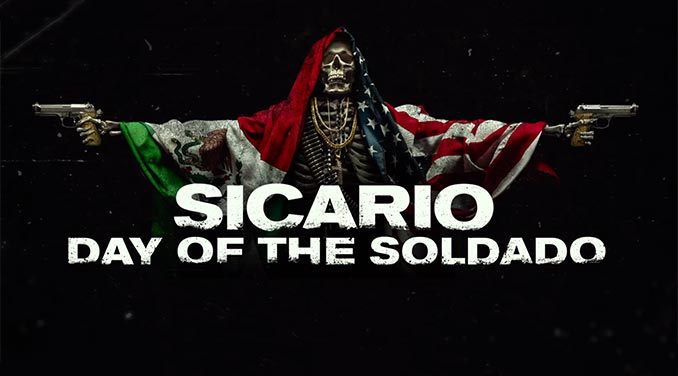 Today Sony Pictures released the third official trailer, but you can watch them all in this collection of Sicario: Day of the Soldado – Official Trailers. We have them all available to watch below, starting with the newest one, the official trailer, and the teaser trailer. Sicario: Day of the Soldado hits theaters on June 29, 2018. (Outside of North America the movie is being called Sicario 2: Soldado and is being released to theaters on the same day.)

This sequel is again written by Taylor Sheridan, but this time Stefano Sollima takes over as director. (The original 2015 film was directed by Denis Villeneuve.) Josh Brolin and Benicio Del Toro reprise their roles as Matt Graver and Alejandro Gillick as they team up to escalate the drug war against Mexican drug cartels in nefarious ways.

Watch the Sicario: Day of the Soldado – Official Trailer #3 from Sony Pictures Entertainment:

Watch the Sicario: Day of the Soldado – Official Trailer from Sony Pictures Entertainment:

In SICARIO, Day of the Soldado, the series begins a new chapter. In the drug war, there are no rules – and as the cartels have begun trafficking terrorists across the US border, federal agent Matt Graver (Josh Brolin) calls on the mysterious Alejandro (Benicio Del Toro), whose family was murdered by a cartel kingpin, to escalate the war in nefarious ways. Alejandro kidnaps the kingpin’s daughter to inflame the conflict – but when the girl is seen as collateral damage, her fate will come between the two men as they question everything they are fighting for.

In Sicario 2: Soldado, the drug war on the US – Mexico border has escalated as the cartels have begun trafficking terrorists across the US border. To fight the war, federal agent Matt Graver (Josh Brolin) reteams with the mercurial Alejandro (Benicio Del Toro).

Here is the Sicario: Day of the Soldado Theatrical Poster: 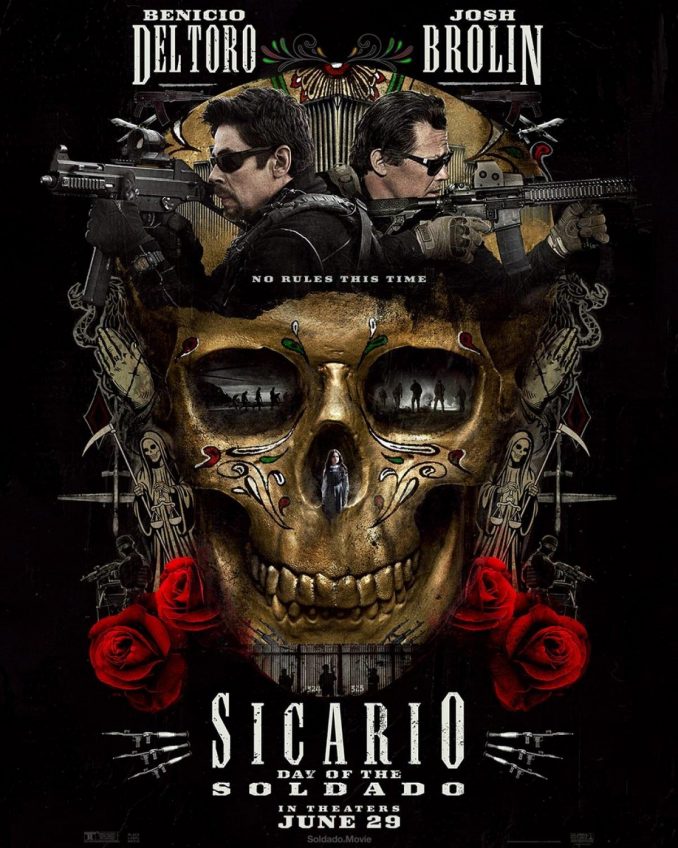