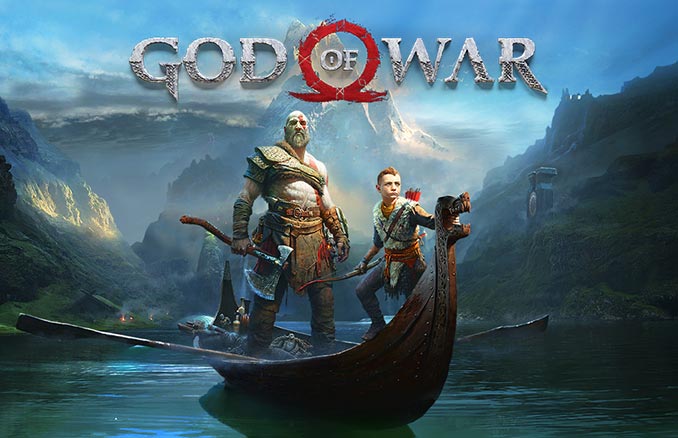 In this God of War Reviews Round-Up we look at what many top publications are saying about this game that was released today. Is it worth buying? Is it a masterpiece that is the new must-have game for the PlayStation 4 console? Read on, but spoiler alert: yes this is an excellent game that you will want to play ASAP.

A thrilling journey in which every aspect of it complements the others to form what is nothing short of a masterpiece. It’s a game in which Kratos, a previously one-note character, becomes a complex father, warrior, and monster, embattled both on the field and within his own heart about how to treat his son; one in which the world opens up and shifts, offering rewards in both gameplay and knowledge of its lore.

I don’t think it’s possible to overstate just how good God of War is; how well realised its world, how nuanced and layered its characters and storytelling. The depth and craft of its combat, puzzles and almost every system it has sparkles and shines with an indulgence and luxury that regularly stopped me in my tracks to drink it all in. Whether breathless and bloody in the aftermath of an axe-hacked victory, or watching Kratos and his son Atreus share a genuinely human moment, this is a level of game making that doesn’t happen often.

To reinvent such a well-known game series is brave, but this new God of War is both a modern masterpiece and a love letter to existing fans. It brings the combat system bang up to date while slapping on a dose of some of the best visuals we’ve seen in this generation – especially in 4K HDR on PS4 Pro.

God of War is, in a single word, holistic. Every aspect is excellent on its own, but more importantly, it all serves and accentuates the larger vision.

God of War is on a different level. The game … is an incredibly impressive and fully realized experience unmatched by anything I’ve played in recent memory. … God of War now sits on a short list of elite PS4 company. It will forever be a challenge to talk about the platform’s best without mentioning its name. Truly, this is the type of game that comes along maybe twice a console generation. … If you have a PS4 it’s an obvious no-brainer, if you have a PS4 Pro it’ll shock you with how good it looks (seriously, it’s breathtaking).

God of War is an even bigger and deeper game than you may expect, and certainly the the most narrative-driven and emotional take on Kratos and the series yet. The gameplay changes and bold decision to delve into another protagonist pay off in big ways and together, with Sony Santa Monica’s award-worthy sound design, musical score, and mastery of console visuals help make 2018’s God of War game something that fans old and new will easily love. This is such an impressive achievement.

God of War balances storytelling and combat-heavy gameplay better than any other game of its type. The constant interplay between its emotional journey and its ragged, demanding combat draws you in and forces you engage with both elements in a way that brings new meaning to both. It’s a true blockbuster that’s sure to impress both long-time franchise fans and newcomers.

God of War tells a wonderful tale through a beautiful spectrum speckled with more than a few drops of the blood of your enemies. It’s a shame, then, that boss fights have fallen by the wayside at every level to become terribly monotonous – but if that’s the cost of what Santa Monica has built, it’s certainly a price worth paying.

This is how you do a reboot. After Kratos lost his way, Sony Santa Monica has set the God of War on a new path. A more measured, nuanced character, a great supporting cast, an excellent combat system, and some of the best graphics in a PlayStation 4 game to-date, add up to a winner.

Overall at Metacritic we see that God of War has an impressive 95/100 score based on 96 critic reviews. It currently enjoys a 9.1/10 user score based on 1481 ratings. Obviously, God of War is a must have title for the PS4 and will not only be at the top if many lists as the best game of of 2018, but is likely to go down in history as one of the top titles ever for the PlayStation 4.

God of War for the PS4 has some amazing reviews, so many of us are greatly enjoying the game and would appreciate these TOTAKU God of War Kratos & Atreus Figures. These detailed figures (numbers 7 and 8 from the TOTAKU Collection) accurately depict Kratos […]

Watch the God of War Accolades Trailer to see snippets of positive press the game has received. It also features some nice gameplay footage, to help you decide if the game, which was released today (April 20, 2018), is worth buying. In the God of […]

The Art of God of War Exclusive Edition

God of War was recently released for the PS4 and is earning exceptional reviews, due to its amazing story, graphics, and gameplay. Huge fans will want to memorialize the game with this limited edition hardcover coffee table book: The Art of God of War Exclusive […]