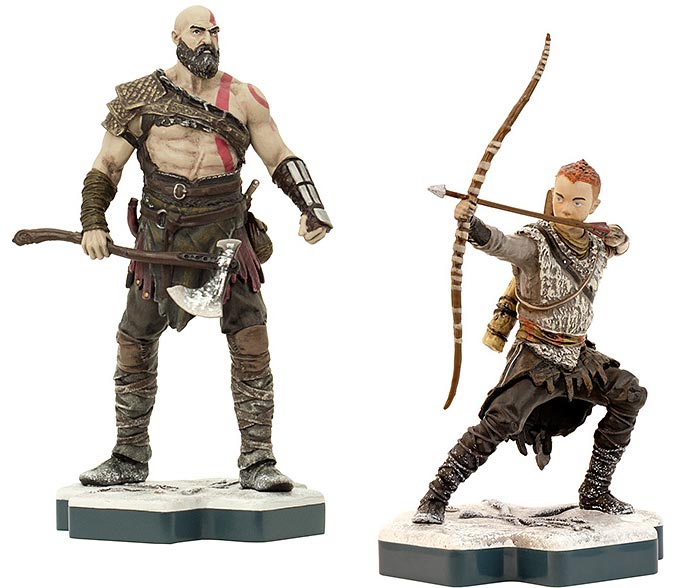 God of War for the PS4 has some amazing reviews, so many of us are greatly enjoying the game and would appreciate these TOTAKU God of War Kratos & Atreus Figures. These detailed figures (numbers 7 and 8 from the TOTAKU Collection) accurately depict Kratos (the “Ghost of Sparta”) and his son Atreus as they appear in God of War for PS4.

These highly collectible figurines are detailed, but they don’t articulate. Kratos stands about 3.9″ tall. Due to his bow, the Atreus figure is about 4.7″ tall.

TOTAKU God of War Kratos & Atreus Figures are $9.99 each exclusively at Think Geek.

The Art of God of War Exclusive Edition

God of War was recently released for the PS4 and is earning exceptional reviews, due to its amazing story, graphics, and gameplay. Huge fans will want to memorialize the game with this limited edition hardcover coffee table book: The Art of God of War Exclusive […]

Watch the God of War Accolades Trailer to see snippets of positive press the game has received. It also features some nice gameplay footage, to help you decide if the game, which was released today (April 20, 2018), is worth buying. In the God of […]