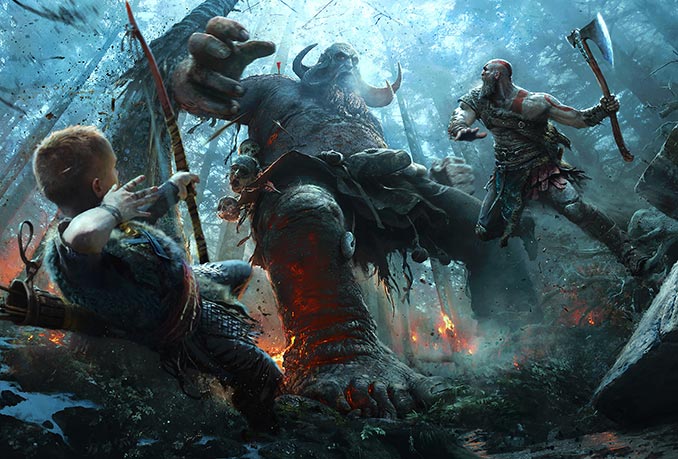 Watch the God of War Accolades Trailer to see snippets of positive press the game has received. It also features some nice gameplay footage, to help you decide if the game, which was released today (April 20, 2018), is worth buying.

In the God of War Accolades Trailer, they show quotes from reviews of the game such as:

From Santa Monica Studio and creative director Cory Barlog comes a new beginning for one of gaming’s most recognizable icons. Living as a man outside the shadow of the gods, Kratos must adapt to unfamiliar lands, unexpected threats, and a second chance at being a father. Together with his son Atreus, the pair will venture into the brutal Norse wilds and fight to fulfill a deeply personal quest.

After reading the God of War Reviews, you’ll want to buy it. God of War is a PlayStation 4 exclusive and is available from Best Buy, Target, and Walmart.