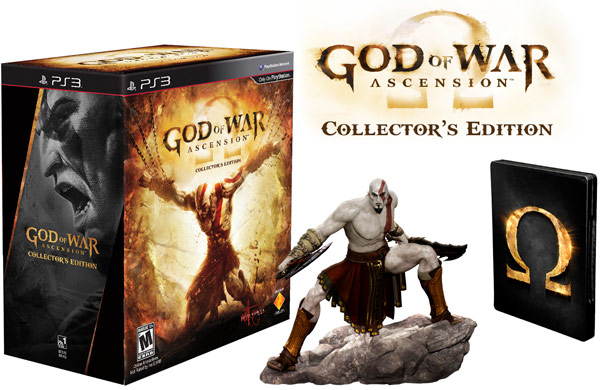 Fans of the God of War series for the Playstation 3 will want to order this God of War: Ascension Collector’s Edition. It’s a prequel to the popular God of War video game series and reveals the details of Kratos’ initial betrayal by Ares while human, and the source of his rage.

Pre-order now for $79.99 from Amazon.com and it will be available in March.