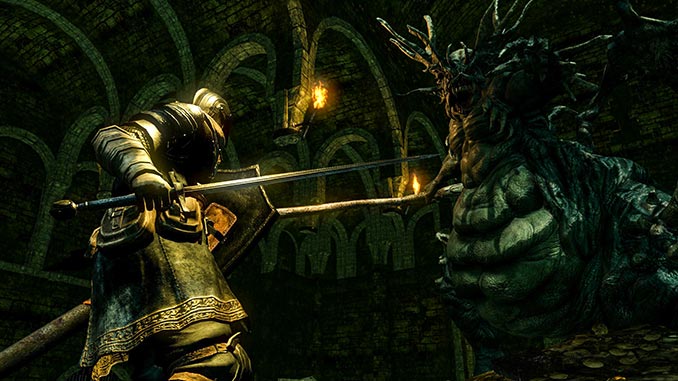 Dark Souls was released to critical acclaim in September 2011 despite being quite difficult, and respect for it has risen in the years since as the full depth and quality of the game was understood. It spawned two sequels: Dark Souls II (2014) and Dark Souls III (2016).

Seven years is forever in terms of PC gaming hardware, and a generation behind in game consoles. That’s where Dark Souls Remastered comes in. It takes the original Dark Souls that was released for the PS3 and Xbox 360 and remasters it to play at higher resolutions and frame rates on current generation PC hard ware and game consoles. It runs at 1080p resolution and 60fps on PlayStation 4 and Xbox One. The more powerful editions of the consoles, PS4 Pro and Xbox One X run at 1800p upscaled to 4K resolution while still targeting 60fps. On the PC it runs at 4K native, while a docked Nintendo Switch does 1080p at 30fps and an undocked Switch drops to 720p at 30fps.

It isn’t all about resolution and framerates either, as Dark Souls Remastered takes advantage of better antialiasing, filtering, lighting, and shading as well as enhanced special effects to deliver brilliant visuals. Plus it has enriched sound and offers expanded and improved online multiplayer, increasing the number of players for cooperation or head-to-head combat to six.

Overall, Dark Souls Remastered has scored well with reviewers, receiving a Metascore of 86 based on 36 critics at Metacritic. The original scored a slightly better 89, with Dark Souls II scoring 87 and Dark Souls III scoring 89. Overall, critics appreciated the improved graphics and said the higher framerates made the game much more playable than the original.

This release of the game is its own sort of Age of Fire rekindled; it is easily accessible for new and old players alike, featuring an engine purring with a precision it never had. Returning true believers may be a bit disappointed at the lack of new content, but the fact that it is re-released at all and in such good shape is a good indication that some all-timers like Dark Souls can be enjoyed and scrutinized for many more years to come.

At Destructoid, Chris Carter was impressed by how the framerate was vastly improved and gave it a “Superb” 9 out of 10.

Dark Souls Remastered speaks for itself just in terms of the raw mysteries it offers beyond its new coat of paint. The feeling of zoning into Firelink Shrine is just as special the 100th time as it is the first, and the open-ended nature of the world is just as fresh. Sometimes needlessly so, From Software has packed so much into Dark Souls that I’m finding new items or experimenting with strategies I’ve never seen before — a testament to the longevity of this particular entry, and a more than justified remaster.

Heather Alexandra at Kotaku said that “Things work now where they didn’t before while the core gameplay experience still resonates.”

Dark Souls Remastered is a close replication of the source material, allowing new players to see what the big deal was and veterans to test their mettle once more. There’s already been a generation of undead warriors who completed their journey and rang the Bells of Awakening. Now it’s time for another.

Filip Miucin’s Dark Souls Remastered Review at IGN rates the game a 9.0 out of 10 and called it Amazing.

Dark Souls Remastered does a fair job of bringing the brutal but fair essence of the original Dark Souls up to the standards of current-generation consoles, including running an almost locked 60 frames per second and the option to play at 4K resolution… Now that Dark Souls Remastered exists, there’s no reason to play any other version, whether this is your first run through or your 100th.

At True Achievements, Marc Hollinshead rates the game a 4 out of 5.

Shack News reviewer Sam Chandler calls it “Great” and gives it a 9 out of 10.

Dark Souls Remastered manages to capture the essence of the Dark Souls experience, primarily because this is exactly the same game that debuted way back in 2011, just this time everything is in gorgeous 4K, and everything runs at 60fps – even Blighttown.

William Schwartz at Attack Of The Fanboy gave is 4.5 out of 5 stars.

The level designs, boss designs, art style, and gameplay certainly hold up. It’s the Dark Souls of Dark Souls games, and the issues that plagued the console versions that released in 2011 have been remedied… what else needs to be said here.

Gadgets360 reviewer Rishi Alwani scored it an 8 out of 10.

All said and done, Dark Souls: Remastered’s combat alone makes for an experience that’s near transformational. Combine that with great looking visuals and it’s a huge enough upgrade that makes up for the lacklustre UI and the absence of bonus content like, say, a photo mode. Dark Souls: Remastered is not the definitive version of the game, but it’s close enough.

Tanner Dedmon at ComicBook.com gave it a 4.5 out of 5.

Limited issues aside, Dark Souls Remastered is truly the best way to play the game at the moment, regardless of your preferred platform. It’s a release that honestly could’ve come at any moment or during any year and it still would’ve been bought by many without a second thought.

In his Gamerevolution review, Jason Faulkner gave Dark Souls Remastered a 4 out of 5.

For those who are already fans of the series, Dark Souls Remastered is just a polished version of an already great game, but for me, it was a bit more special. With the technical issues eliminated, Dark Souls can shine and is a much more satisfying experience.

Dark Souls Remastered is a great trip back to Lordran. While the original game may be showing its age, and various mechanics have been improved in later entries, this may be a trip down memory lane worth the asking price of $39.99 USD for fans of the innovative original.

So now that you’ve seen the positive ratings in the Dark Souls review round-up, take a look at these trailers to learn more about the game and see the enhancements compared to the original.

Return to Lordran and prepare to eye all the NEW enhancements Bandai Namco made to DARK SOULS REMASTERED!

“Yes, indeed. The Dark Sign brands the undead…” Return to The land of Lordran once more! DARK SOULS: REMASTERED will be available May 25 on PS4, X1, Steam and later this summer on the Nintendo Switch. Pick up your copy and PREPARE TO DIE…again!

Re-experience the critically acclaimed, genre-defining game that started it all. Beautifully remastered, return to Lordran in stunning high-definition detail running at 60fps. Dark Souls Remastered includes the main game plus the Artorias of the Abyss DLC.

You’ve read the Dark Souls Remastered reviews and watched the trailers, now it’s time to buy. Unlike many video games these days, there are no Special Editions or Collector’s Editions of Dark Souls Remastered. There are just the different versions based on your choice of computer or console: PC, PlayStation 4, Xbox One, or Nintendo Switch. Then there are options for the physical copy, if you want to have a disc, and the digital download copy, to get it right away. All versions have an MSRP of $39.99 and many stores have the game in stock. 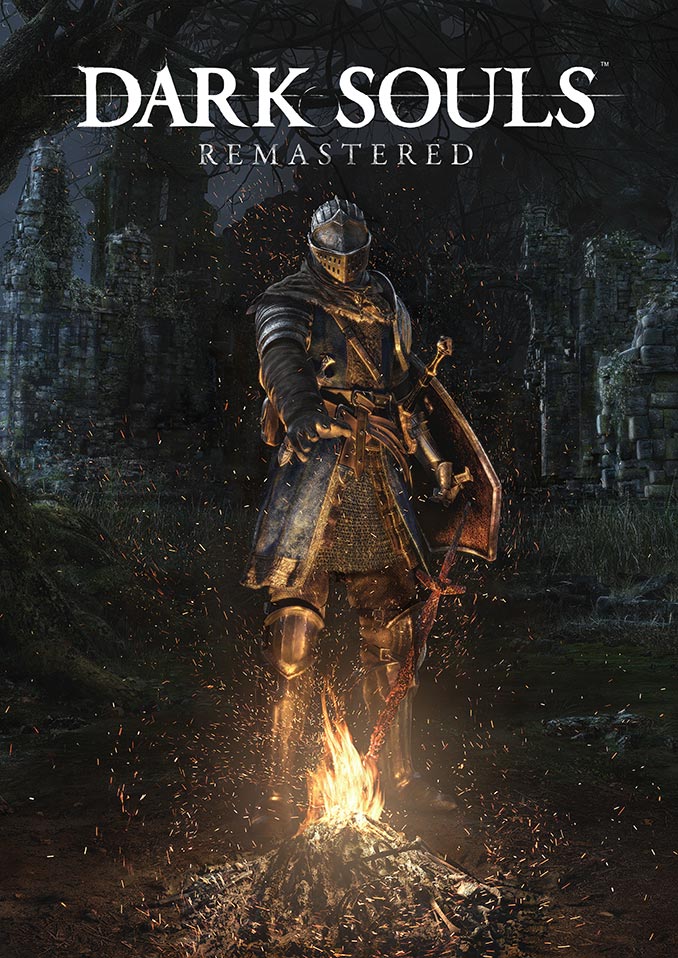 Dark Souls is a hugely popular, yet notoriously difficult action role-playing game that inspired a Board Game and now the Dark Souls Card Game. It’s a cooperative deck evolution card game from Steamforged Games and supports from 1 to 4 players. As you adventure through […]

Today (June 21, 2018) Minecraft was released for the Nintendo Switch. While it has been available digitally from the Nintendo eShop since May 11, 2017, this is technically the first retail release because it is the first time it is available physically in stores. They […]