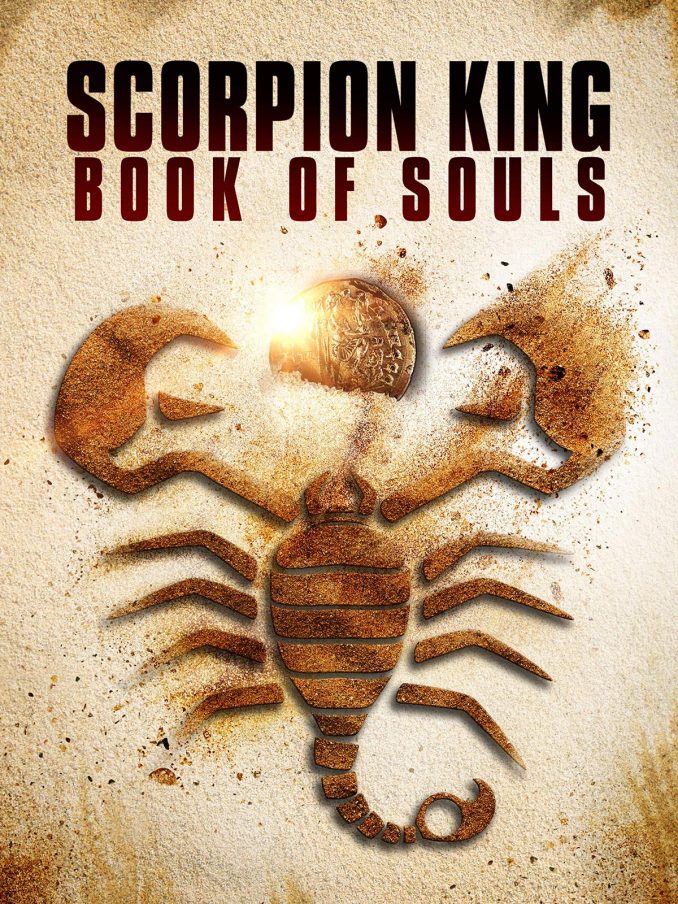 If you’re a fan of the Scorpion King franchise, the fifth installment is now available for your viewing pleasure as Scorpion King: Book of Souls was released today on Blu-ray, DVD, and digital. Universal Pictures never put it in theaters, so today is your first chance to see it.

It is directed by Don Michael Paul, director of films like Death Race 4: Beyond Anarchy, Tremors 5: Bloodlines, and Sniper: Legacy. They didn’t have the budget to have the star of the original Scorpion King, Dwayne Johnson, especially now that he is the highest-paid actor in history (according to Forbes’ Celebrity 100). Instead, this film stars Zach McGowan as the Scorpion King, and Pearl Thusi as Tala, the female warrior he teams up with.

The legendary Scorpion King returns on an epic adventure in the latest action-packed film in the franchise. In ancient Egypt, the evil warlord, Nebserek (Peter Mensah), discovers a cursed sword that makes the one who wields it more powerful with every soul it strikes down. Determined to stop his power from growing, the Scorpion King (Zach McGowan) joins forces with Tala (Pearl Thusi), the Nubian Princess; Amina, a mysterious woman with a magical and tragic secret; and her golem guardian to find the one thing that can defeat Nebserek: the Book of Souls.

You can purchase Scorpion King: Book of Souls (Blu-ray/DVD/Digital) for $16.99 at Best Buy. It is also available at Target, Amazon, Walmart, and Deep Discount.

Buy the Scorpion King: Book of Souls (DVD) for $14.99 at Best Buy. It is also available at Target, Amazon, Walmart, and Deep Discount.

If you just want to stream it digitally, you can rent/buy it from Amazon Prime Video, YouTube Movies, iTunes, and Google Play.