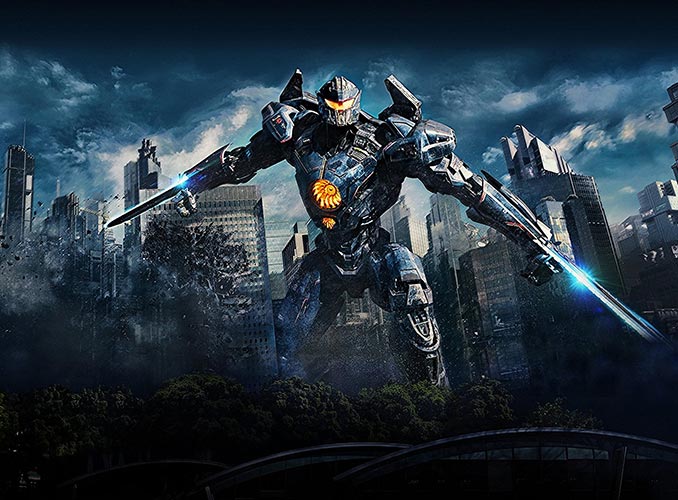 Today, Pacific Rim Uprising will be released on 4K UHD, 3D, Blu-Ray, and DVD, giving you a chance to own this movie about the battle between Jaegers (and their pilots) and the threatening Kaiju. Directed by Steven S. DeKnight, Pacific Rim Uprising stars John Boyega, Scott Eastwood, Cailee Spaeny, Tian Jing, Burn Gorman, and Charlie Day.

If you haven’t seen the movie, watch the Pacific Rim Uprising Trailers to see what it’s all about. While it didn’t get the greatest reviews, due to its lack of nuance and originality, it delivered the incredible visual spectacle that many fans wanted. It is all about giant robots battling massive monsters, and that is a lot of fun to a lot of people. Plus it did get much better reviews than the last few Transformers movies for comparison. 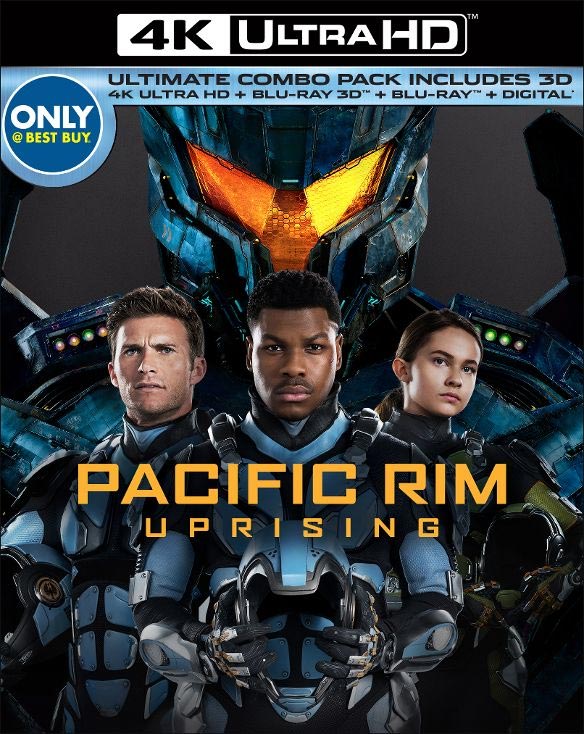 John Boyega (Star Wars series) is the rebellious Jake Pentecost, a once-promising Jaeger pilot whose legendary father gave his life to secure humanity’s victory against the monstrous “Kaiju”. Now an even more fearsome alien threat has been unleashed on the world and Jake is called back into action by his former co-pilot, Lambert (Scott Eastwood), and a 15-year-old Jaeger hacker, Amara (Cailee Spaeny). Rising up to become the most powerful defense force to ever walk the earth, they will set course for a spectacular all-new adventure on a towering scale.

Best Buy has an exclusive version, the Ultimate Combo Pack, and it is on sale right now for just $27.99. It includes the movie in 4K Ultra HD, Blu-ray 3D, Blu-Ray, and Digital. Perfect for the collector that wants the option to see it in 4K or in 3D.

There are four versions available at most retailers: 4K Ultra HD, 3D Blu-ray, Blu-ray, and DVD. Most stores have them discounted for a pretty good price compared to the MSRP for the first week.