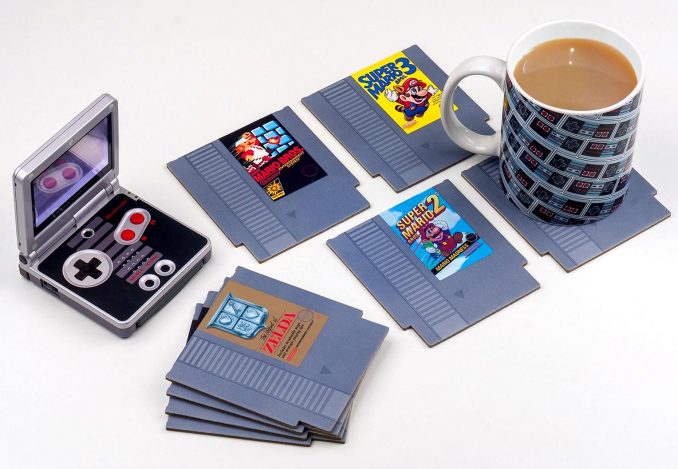 Give your coffee table some retro flair, while protecting it against damage from drinks, with these Nintendo NES Cartridge Coasters. Officially licensed by Nintendo, this set of NES coasters features 8 different game cartridges from the Nintendo Entertainment System.

Every night is game night at your house. Make that apparent with these Nintendo coasters that feature eight different NES cartridge designs.

Nintendo NES Cartridge Coasters are $9.90 for a set of 8 from Hot Topic. You can also find them at Fun.com, Box Lunch, and Merchoid.