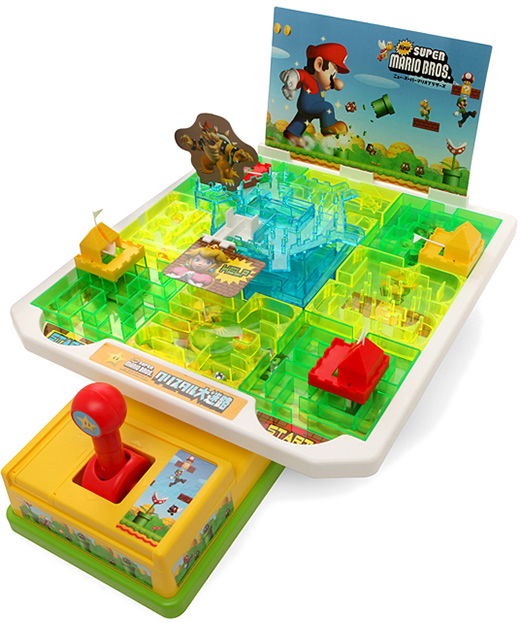 Mario is back in a big way, and we’re seeing all sorts of novel Super Mario Bros.-inspired products everywhere; from wall stickers, candy and pillows to USB hand warmer mouse pads. Now feast your eyes upon the Super Mario Crystal Maze Game, imported from the motherland of Nintendo. This is a Mario item that won’t likely be found at your local toy store.

In this game, you get to be Mario but in the form of a marble. By means of the red joystick (red for Mario, get it?), you get to tilt the platform to skillfully send each of the 3 marbles through the cluster of mazes from start to finish. Staying true to the convention of the video game, when you reach each castle a flag will go up. You can sing the victory song out loud if you want. Once you get the three marbles to the goal, Mario rescues the princess and is duh, WINNING! 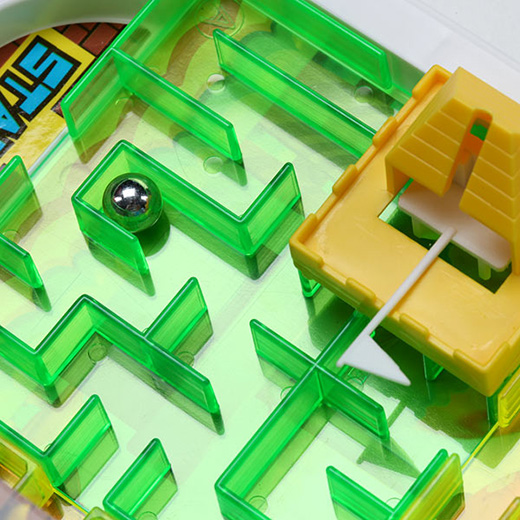 The game is colorful, challenging, and isn’t some cheap Nintendo knockoff, since it is officially licensed by the company. Apparently, the instructions are in Japanese, but you weren’t going to read them anyway, were you? Way to keep it real, Nintendo! Some things are best left sacred. 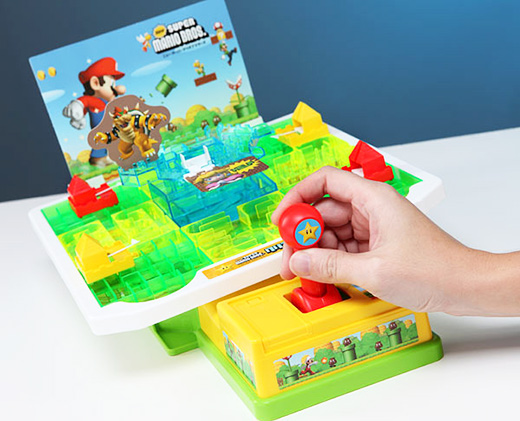 The Super Mario Maze Game from Japan is on sale for $29.99 at Think Geek.

By the way, if you’re into untouchable marble mazes, there’s also a goody called the Superplexus 3D Game of Skill. Though it doesn’t have the Nintendo flair nor a princess to save, it’ll take your mind for a spin.

The best toys entertain as well as educate, and the Magnetic Frigits Deluxe Fridge Marble Maze handles both tasks equally well. Transform your refrigerator into a kinetic playground that teaches useful things like the principles of inertia, gravity, and sharing… because you and the kids […]

Gravity Maze is a fun game where the idea is to build a path that will carry a marble from the start position to the target tower. Sounds easy, but it is pretty challenging. The game teaches the real world physics. You will use the […]