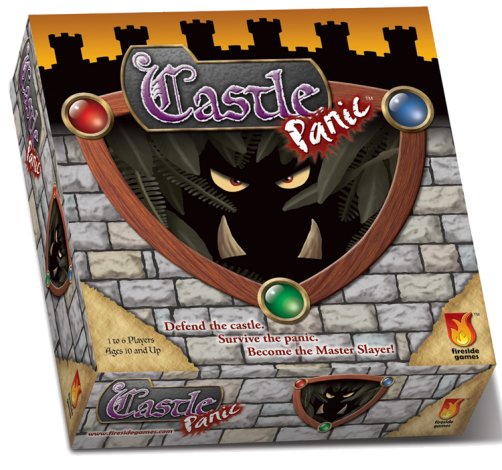 In this weeks Geek Game Night, we will be taking a look at Castle Panic from Fireside Games. Your job is to fend off Orcs, Goblins and Trolls and protect your castle at all costs. Send out your knights, archers, and swordsman to reinforce those castle walls. Hold your ground! Rally to me! For the king! 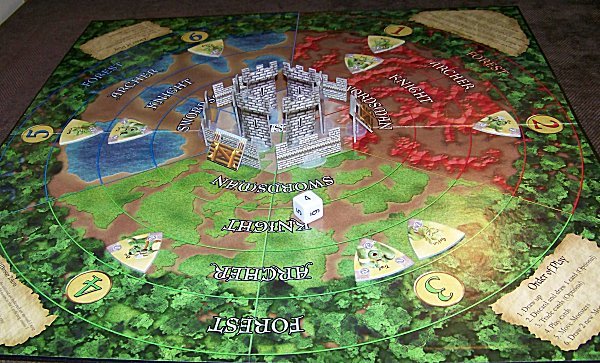 Castle Panic is a fun game for 1-6 players and don’t be fooled by the cartoony art. This is a game that anyone ages 10 and up will enjoy. It’s basically a siege, where the monsters are trying to assault your central castle. It’s a cooperative game, where you and your friends are the defenders of castle, fighting off hordes of baddies and doing your best to protect your kingdom. 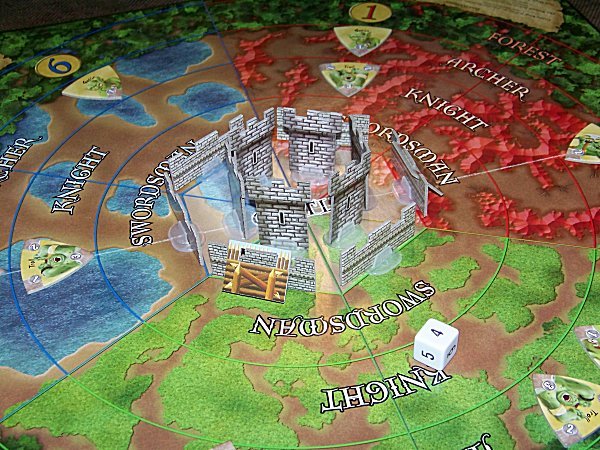 There are several monsters of the green variety, that appear out of a surrounding forest. 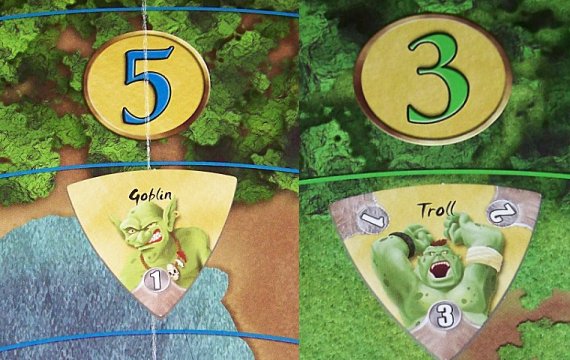 Your castle has six walls and six turrets. Try not to lose them, because you can’t always repair them. Cards are played that correspond to the three different colored zones and rings on the board. Play a red archer card from your hand and you can hit an orc in the red sector of the archer ring for one damage point. It could also be, say, a blue swordsman card, or a green knight. They hit that color and ring. You get the idea. 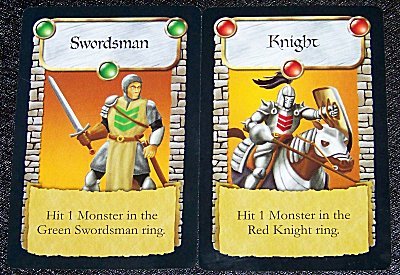 Other special cards come into play that can help you stem the tide as well. You can fortify walls and hit a monster with tar, move him back etc. 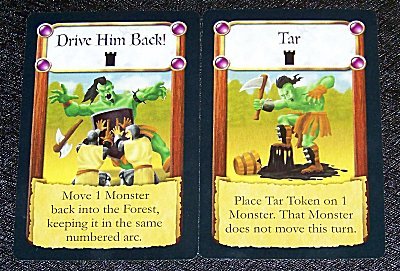 If a monster or two get close enough to destroy your walls they can be rebuilt using the brick and mortar cards, but these are rare so don’t depend on them. 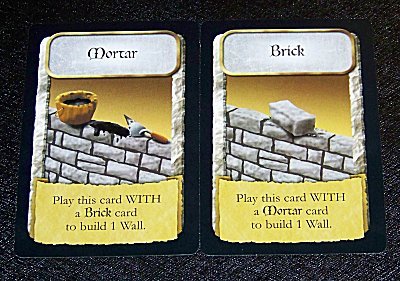 During each players turn, more monster tiles come out. They can get overwhelming. But there are other dangers that can come out as well, like a rolling boulder that rolls straight to the castle wall, killing everything in its path. Good for killing monsters, but bad for Castle walls. Each turn, the remaining monsters move forward. If they hit a wall, they lose a health, but you have lost a section of your castle wall. Not good. This means that on the next turn they will start hitting the towers within. If you lose all six towers, it’s over. You win by defeating all of the bad guys or you lose when your castle is destroyed.

Castle Panic is a fun family game that everyone can enjoy. It’s easy to learn and play, but it can be quite tricky to win when the monsters overwhelm you. That’s what makes it fun. You never know which ones are coming into play and it can be a real nail-biter. You can find it over at Amazon for $25.20.

Do you like building castles with a friend and then claiming the whole thing for yourself to win? That’s what Castellan the Castle Building Game is all about. You can choose blue & red or a yellow & green set or get both sets to […]