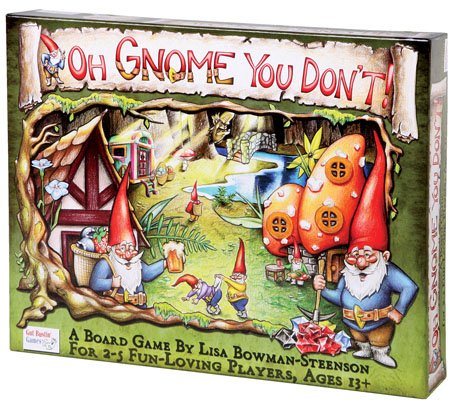 Oh Gnome You Don’t is a fun family board game for 2-5 players from Gut Busting Games.  This one doesn’t have a heavy theme and the gameplay isn’t super deep, but it is a whole lot of fun. Basically you and your friends are a bunch of greedy gnomes duking it out for gems and treating each other badly. Like I said, a lot of fun. 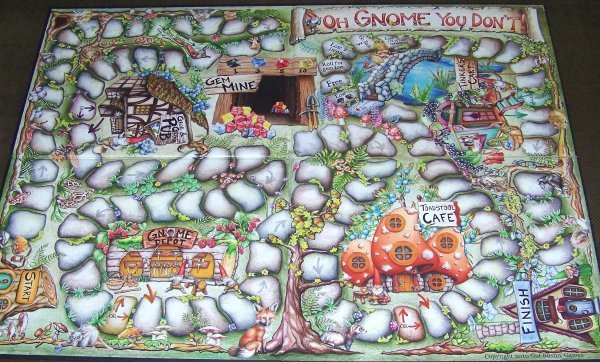 As you make your way around the board, you will be giving each other wedgies, hitting each other in various ways and stealing money. At first glance it looks like a Candyland knockoff, but it is much better than that. You’ll race to the finish line, using cards to stop other players from getting ahead. You will want to stop at some gnome businesses along the way to sell items for gems, like Gnome Depot or the Toadstool Cafe. But it isn’t always that easy. Let’s say I have a nut that I want to sell. I’m almost to the store and I’m ready to cash in, but no! Someone played the Squirrel card and he ate my nut! 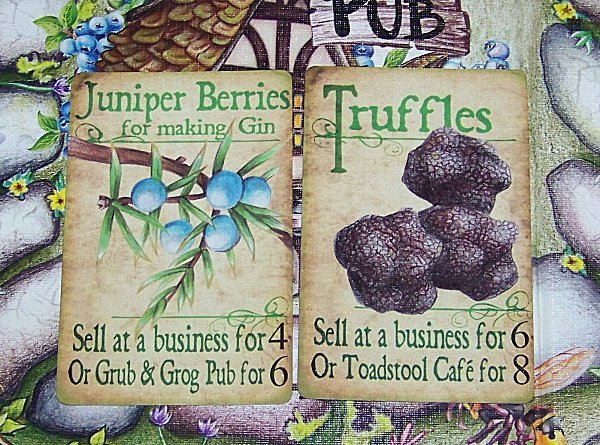 And if you land on the same space as another player you can use brawl cards to fight and take gems. That’s where wedgies and nose pulls and kicks to the butt come in.

You can mine for gems by rolling the die, but if someone has the Mining Interrupt card, they steal half of the gems you get. 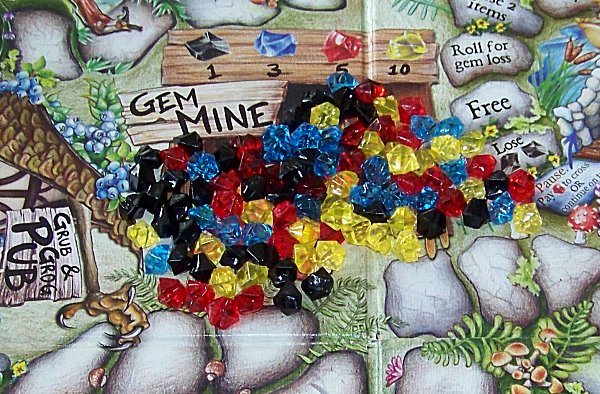 The game is full of these sorts of tricks that trip you up or stop you or set you back. Play the “Oh Gnome You Don’t card” when someone tries to mess with you and you are safe. 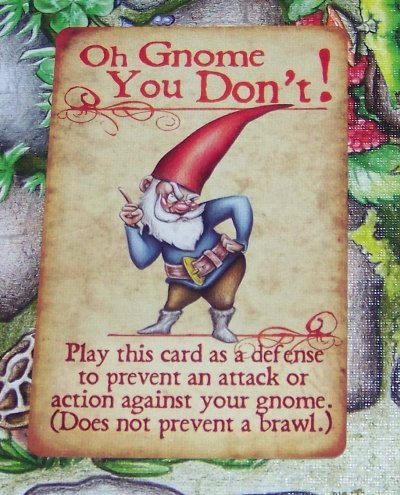 The art is really awesome on this game. All of the cards and the gameboard look fantastic and are made well. The game is so basic and easy to understand that anyone can learn it easily. This one is fun for everybody, but it’s best for some good old fashioned family fun with your kids. I thought I was going to hate this game, but it was a lot of fun and it is a game that I could play fairly often. You really can’t go wrong with this one.

The typical garden gnome is known to be pudgy and jolly-looking, but Skel-E-Gnome Garden Statues are a rare group of gnomes that are as bony as can be. You can never have too many lawn ornaments, right? And when you have gnomes in your garden, […]

Zombies are cool all year round, but especially at Halloween. Now is the perfect time to pick up these Zombie Garden Gnome Statues and decorate your front yard. Unlike the cute garden gnomes, like the Travelocity Roaming Gnome, these reanimated gnome corpses are creepy and […]

Grow Your Own Gnome Garden Kit

If you’re a fan of all things that are related to gnomes, then you’ll love the Grow Your Own Gnome Garden Kit. Given that gnomes don’t really exist, except as ceramic decorations for your garden. But it’d be pretty neat if you gave that little […]

It’s all about the details, and you’ve got details galore in this fabulous Garden Gnome Shirred Shoulder Bag. The handbag is very wearable with its deep blue fabric color and not overly obnoxious but very noticeable gnome embroidery. When you open up the purse, you’ll be […]

With so many cool and high-tech headphones out there, sometimes it’s nice to take a step back and sport something simple and funny. The Gnome & Mushroom Earbuds are a fun way to enjoy your favorite tunes from any device with a 3.5mm headphone jack. […]

You don’t have to be a fan of Scarface to get a kick out of this Angry Little Garden Gnome, but being an Al Pacino fan never hurts. Standing 9 1/2-inches tall, this feisty gnome is packing more than an attitude as he wields a […]

He’s the definition of stealth. He’s the darkness in the night. He’s Ninja Gnome. While his garden gnome brothers go for bright, eye-catching colors, this tiny assassin prefers to cloak himself in darkness, making it easier for him to sneak up on his prey. Sadly, this […]

Gnomes are by nature mischievous and naughty. That’s probably why so many people put them in their garden. Just to add some fun and whimsy to their lives. This Mooning Gnome Salt and Pepper Shaker Set is perfect for gnome fans who want to see […]