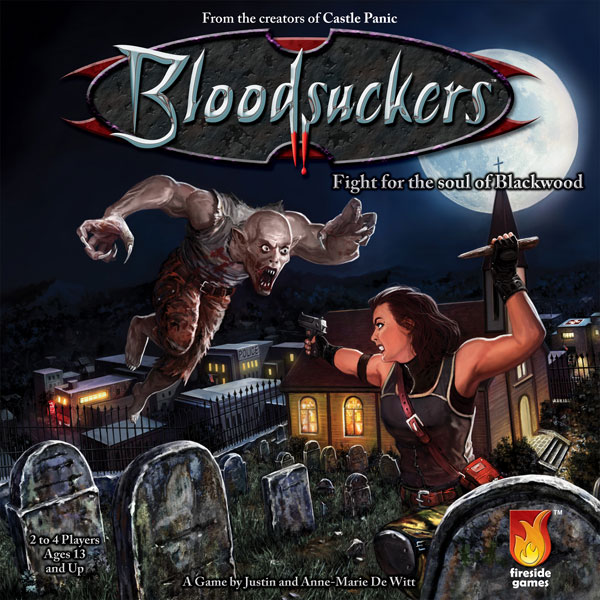 Bloodsuckers is a game for 2-4 players that pits Vampires against Vampire Hunters in a “fight for the soul of Blackwood,” the town where the game takes place. It comes from Fireside games, the makers of Castle Panic. The gameplay is super simple. It’s all about Vampire and Vampire Hunters fighting. Oh, and the poor innocent bystanders who are caught in the middle.

You get 134 cards in all: 51 Vampire Cards, 51 Hunter Cards and 32 Character Cards. You also get various tokens to keep track of everything, a playmat and a really cool stand-up Dial Board with Location and Time Dials. Two players can play or four players with two on each team. 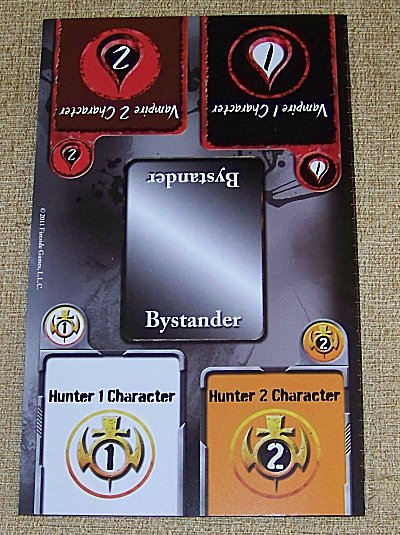 The playmat has five areas of play. One for each bystander that you will fight over. I am showing one area here to explain the game easier. 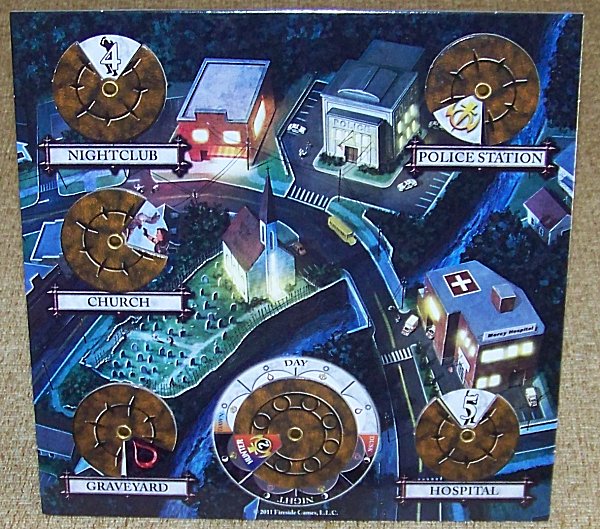 First you pick a location from a stand-up location board, which indicates the number of bystander characters at that location. This determines the number of bystander cards that you play with. For instance, the hospital will be a fight over five different character cards, while the Church is three. You can control the length of the game by limiting the locations played. 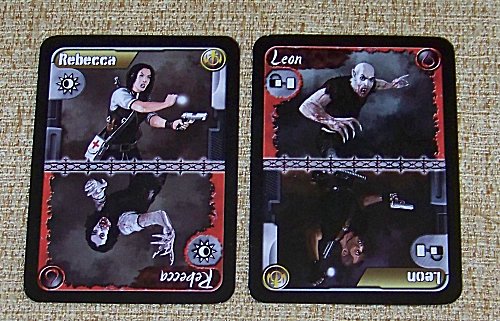 Next the bystander cards are placed on the mat. Both Vampire and Hunter players pick character cards for each fight and put them in play. They all bring unique abilities to the battle, which takes place over a 24 hour period and goes through day and night phases that each have bonuses for characters. You can do three actions on your turn. 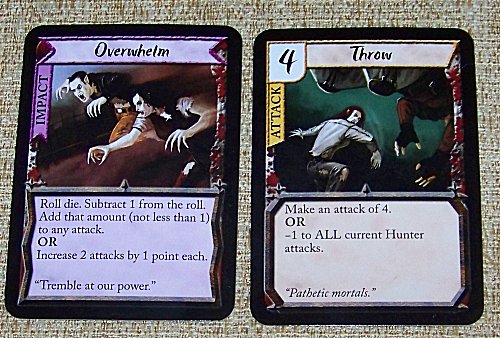 Mostly you will be playing attack cards in an attempt to increase a counter on the back of each bystander card (1 through 13). At the end of the battle whoever has the highest score on the card’s track wins the battle and that character. The whole thing has a very noticeable Resident Evil feel thanks to the artwork, names used and design. 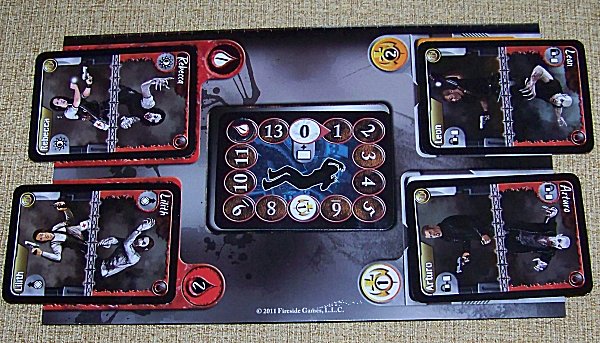 You’ll notice that the cards all have a human and a vampire version on them, which is important, because humans can be bitten and turned into vampires. Basically as you win battles, others are joining your fight. The game is well balanced, but I would have liked to see more card variation. Having said that, this is still a solid and fun game.

The quality of the game and components is really nice. I love the stand up location dial easel. The cards are also nice and durable. If you are looking for a fun family game that is just a tad darker and a bit different, this one is a good one to try. I had a lot of fun playing it. It is super easy to learn and play and takes itself just seriously enough so that you can get into the theme and have a great time. It takes about an hour to play most of the time. For a more detailed review from the company itself, check out this video.

You can find Bloodsuckers over at Amazon for $26.88. It’s definitely worth checking out for your next game night.

If you are looking for a card game where you have to work together, but not so much that you can’t stab your friends in the back, then Cutthroat Caverns is for you. The box says it all. You will need teamwork to survive, but […]