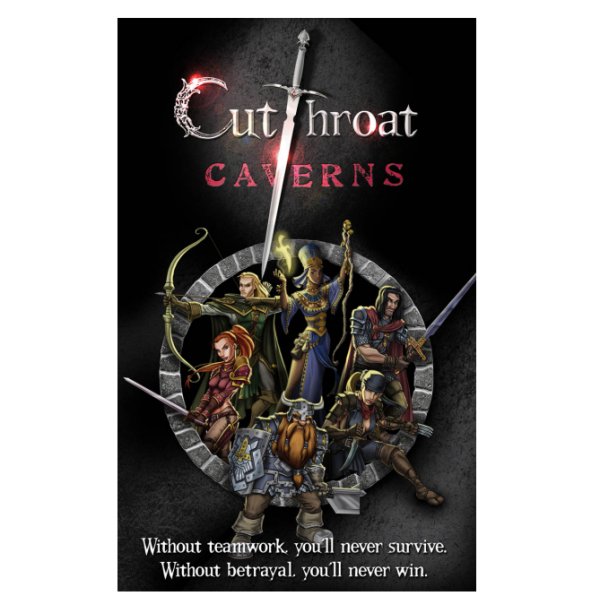 If you are looking for a card game where you have to work together, but not so much that you can’t stab your friends in the back, then Cutthroat Caverns is for you. The box says it all. You will need teamwork to survive, but to win you will need to betray your friends.

In this game you and your characters venture forth into the darkness to face monsters in order to claim the greatest treasure ever. You have the usual assortment of heroes to choose from. Here are two examples.

The problem is that there’s only one treasure, so only one of you will get it. The idea is to cooperate to kill monsters, but you want to be the one to land the killing blow. Each turn, players take turns playing an attack card face down, which are then revealed in the same order. The attack cards have varying values that will land hits accordingly. 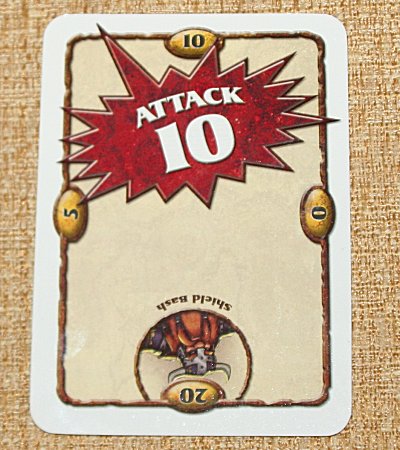 You want to do just enough damage so that you can kill the monster when it comes around to you again. If you do too much, the next player will get the kill. It’s tricky, because you also don’t want to get killed by the monster. The key is to time your attacks properly. There are also healing potions, strength potions and other cards that aid your character directly. 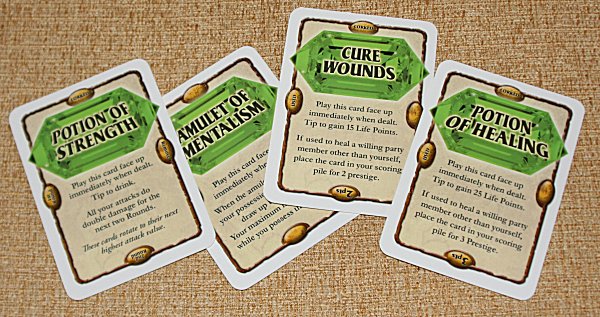 Aside from direct attacks, you can trip your friends so that they miss or interrupt their attack and take it down a notch. This is not a friendly game. None of you are safe from each other let alone the monster. When facing the ripper, you will be forced to dump cards when it bites you. The clockwork golem heals itself as you fight, so that you have to keep hitting it and it will likely hit you back good. There’s also a trap room that will randomly hit players until they you can pass. 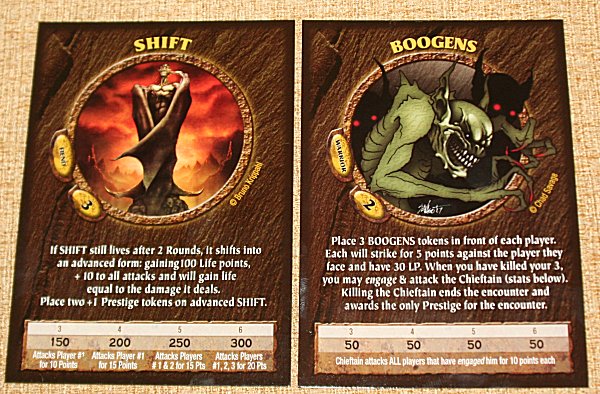 If this all sounds tense, that’s because it is. You will be facing danger at every turn.

Cutthroat Caverns is for 3-6 players. Ages 14 and up. I’ve played this game a handful of times with 3 players and it is pretty fun. It’s also easy to learn. If you like games where you stab other players in the back, this one is for you. The artwork on the monster cards looks fantastic and the gameplay is pretty solid.

You can find Cutthroat Cavern over at Amazon for $26.43.

The very thing that makes the iPod shuffle 4G so great -its ultra compactness- is also what makes it the easiest thing to lose. The remedy? Dress up your iPod shuffle as a colorful, one-eyed monster. The Silicone Mix Monsters iPod Shuffle 4G Case by Fred & Friends gives […]