When it comes to games, I love a good theme. Sentinels of the Multiverse does not disappoint when it comes to theme. What could be better then comic book heroes? Epic battles of good versus evil. Laser vision. Arcane powers. Robot villains. Evildoers throwing giant machinery at you.   This game has it all.

The game puts your team of players against a dangerous super villain. The fight takes place in various comic-book locations. You know them well if you have ever read comics Moon bases, sprawling metropolises, Atlantis and the like. It is a cooperative game with an exciting story full of awesome battles and last ditch efforts that save the day. 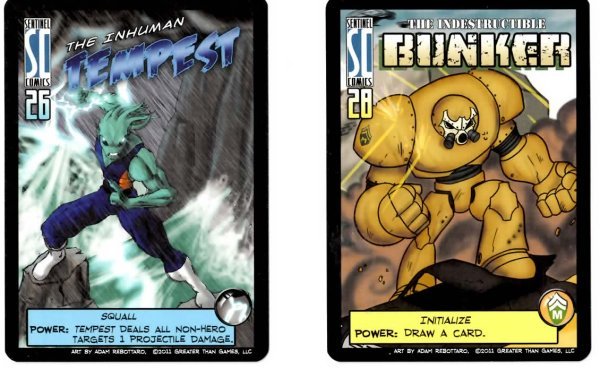 The game is a card game and you get  hundreds of cards right out of the box. Each hero has his own deck of cards, and so does the villain. Play is pretty straightforward. The bad guy goes first, summoning minions or unleashing weapons etc. Doing whatever damage he can to you. Then the heroes each take a turn, playing cards to hit the villain with ice rays or projectiles or whatever else they have. Your other teammates can rest and  recover or join in the attack. You can play One-shot cards that are good just one time or ongoing cards that stay on the table and add to your arsenal. 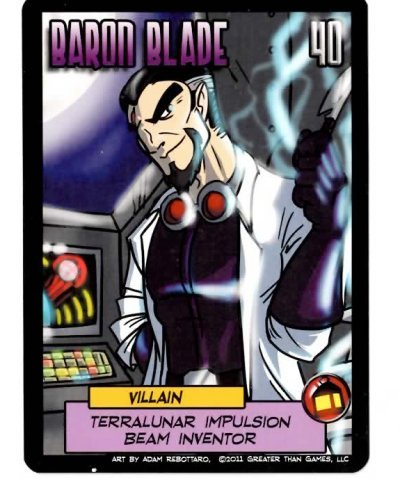 The environment turn factors into things in a big way. Lets say the villain has his base on Atlantis, but that doesn’t mean this location works to his advantage. The same is true of you.  Maybe the place is blowing up. Maybe it takes your powers away. The bad guys are really tough in this game and the battle truly is epic. It is no easy task to beat these villains. That is what makes the game so fun. 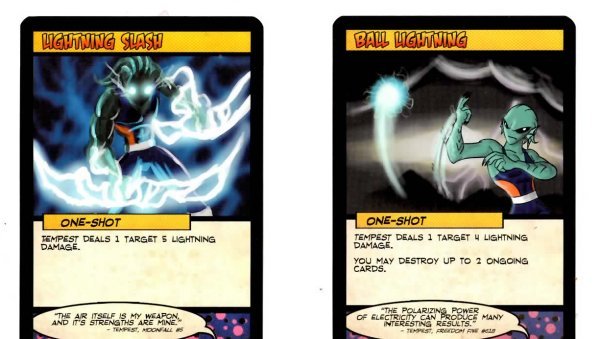 You get  ten heroes, four villains and four locations. You have to track hits for your heroes stats as well as the villains and minions. I just use coins, which everyone should have handy. This game is really fun if you are into cooperative play and they really hit a home run with the comic book theme. The game plays pretty smoothly once you play it a few times. I recommend this one highly. 2-5 players. Ages 8 and up. Everyone should love this one. 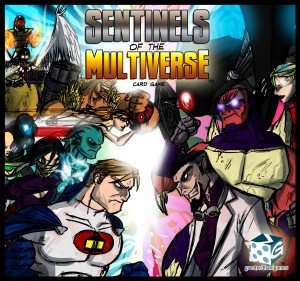 You can find Sentinels of the Multiverse at Amazon for $30.52. An expansion is also available to get even deeper into the game.

The Minions Have The Phone Box T-Shirt

Those mischievous Minions from “Despicable Me 2” are getting ready to enter a whole new universe of trouble on the Minions Have The Phone Box T-Shirt. Forget about Angels getting their stony hands on the Doctor’s TARDIS because Gru’s yellow-hued helpers could destroy all of […]

Lucky for you there are plenty of minions to collect. Like these Minions Pop Vinyl Figures. They are looking cute as ever in Pop Vinyl form. You can choose Au Naturel; Eye, Matie; or King Bob. Add these to your collection and they are sure […]

Just like it says in the title, the Ultimate Marvel: Super Heroes Villains Locations Technology Vehicles Hardcover Book is your guide to every significant Marvel Comics character, location, vehicle, and weapon. It’s all here between the pages. It has everything from the first major Marvel […]