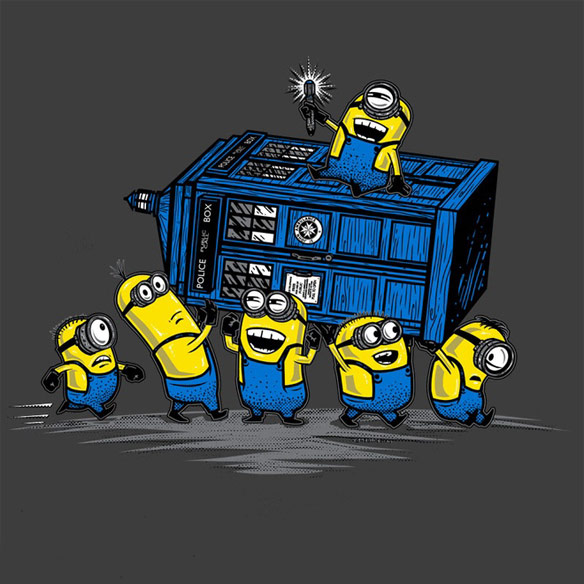 Those mischievous Minions from “Despicable Me 2” are getting ready to enter a whole new universe of trouble on the Minions Have The Phone Box T-Shirt.

Forget about Angels getting their stony hands on the Doctor’s TARDIS because Gru’s yellow-hued helpers could destroy all of time and space while trying to do something as innocent as using the microwave to heat lunch, and I don’t even want to ponder what the little guy with the sonic screwdriver might be capable of. 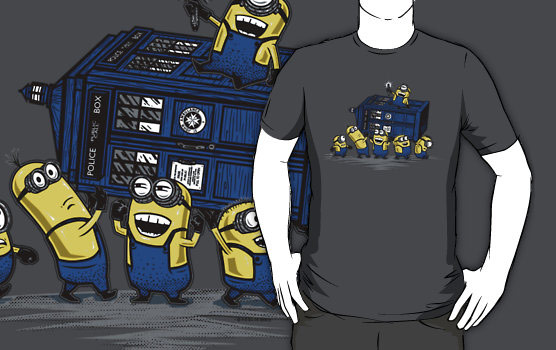 The American Apparel shirt features six Minions toting the TARDIS to some undisclosed location. Okay, actually there are only five Minions doing the grunt work while one has obviously taken the role of supervisor.

The Minions Have The Phone Box T-Shirt is available for $24.54 at RedBubble.com.

Lucky for you there are plenty of minions to collect. Like these Minions Pop Vinyl Figures. They are looking cute as ever in Pop Vinyl form. You can choose Au Naturel; Eye, Matie; or King Bob. Add these to your collection and they are sure […]

Nobody likes missing phone calls, not even the Doctor.  The Doctor Who Cell Phone Alert Charms spin and light up when you get a call even if your phone is on silent mode; no Daleks sneaking up on you here.  They come in three varieties: […]

Elliot did what he could to help his extraterrestrial friend but the ET TARDIS Phone Home T-Shirt reveals who the candy-loving alien really needed to call. E.T. needs to phone home so it’s a good thing the Doctor travels in a phone box. Of course, […]