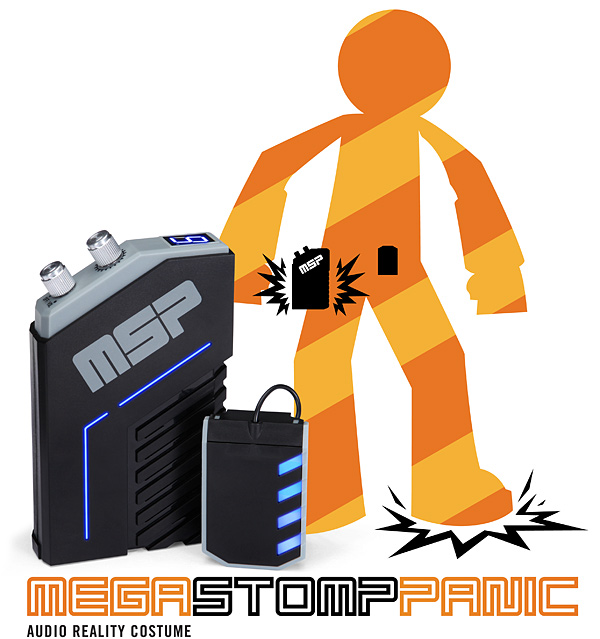 Everybody can benefit from having their own personal sound effects. Whether it’s making a big entrance at an office meeting, going on a first date, or just picking up your kids up from school, the Mega Stomp Panic – Audio Reality Costume lets you make that big entrance you always wanted.

If looks aren’t your strong point, don’t worry. With nine different sound effects, you’ll be able to impress others audibly all day long. Play the Zombie Attack sound and prepare your family for their upcoming demise, or maybe play the Medieval Knight sound as you act out a scene or two from Game of Thrones.

And what exactly is an Audio Reality Costume? Glad you asked young geekling. Traditional costumes are a disguise based upon VISUAL appearance. In a traditional costume you take the way you look regularly and cover it up with clothing, masks and makeup. The Mega Stomp Panic creates a costume using SOUND only. The sounds from the Mega Stomp are synchronized to your steps and stomps, giving the illusion that you are generating them yourself. 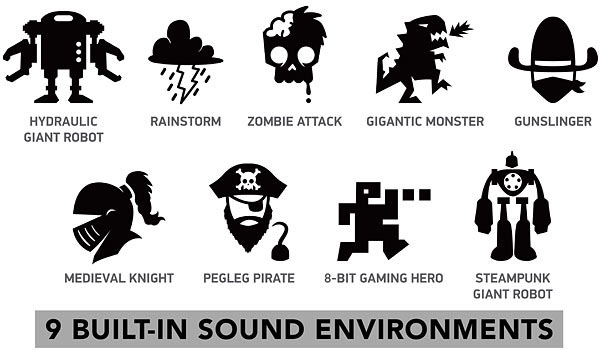 Bring your own sound effects to the party with the Mega Stomp Panic – Audio Reality Costume available at ThinkGeek.com for $39.99.

When I first read the book Angels and Demons by Dan Brown, I was intrigued and I wanted to know more about CERN, which is a bigwig European nuclear energy research center. Now the Toddler Rocket Stomp Launcher certainly doesn’t have anything to do with […]