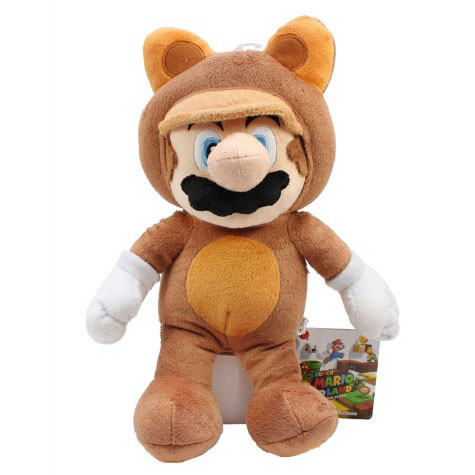 When Mario powers-up as Tanooki, flying Koopa Troopas and Goombas get a run for their money. The spirit of the racoon runs deep among Italian plumbers. Who knew? Now you can add the Super Mario Tanooki 11-Inch Plush to your Super Mario Bros. plush toy collection.

This officially-licensed Mario doll will be highly sought-after by those who’ve kicked some serious Koopa shell and conquered many worlds by way of the Tanooki suit. When Mario turns into a raccoon, he can fly, do serious damage with his tail, and turn into an invincible statue in fits of danger. 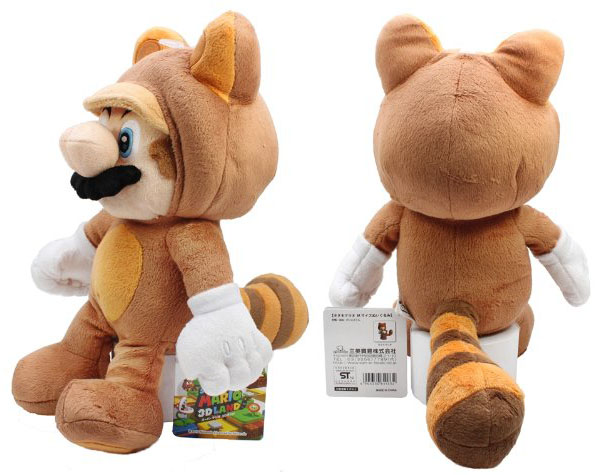 You can find the Super Mario Tanooki 11-Inch Plush at Amazon from $28.29 and up, or the doll is also available at Entertainment Earth. Both retailers also carry the 8-inch Tanooki Mario which has a lower price tag.

If you need a medium sized pillow for your bed or couch, how about a classic Super Mario themed one? The Sanei Super Mario Plush Cushion Series: Thwomp will bring back all those crushing memories from failed Super Mario Bros. adventures. Not to worry though, […]

This Super Mario Bros. Red Koopa Shell Pillow will let you lay your head on a piece of Super Mario history. It may not have an actual koopa inside and it won’t stop a kart from passing you on the track, but it will be […]

The old Mario games from Nintendo were the best. They just haven’t been able to recapture the spirit in these newer games. If you want to relive those classic gaming moments, then check out this Super Mario Bros. Mario Riding On Yoshi Plush. They will […]