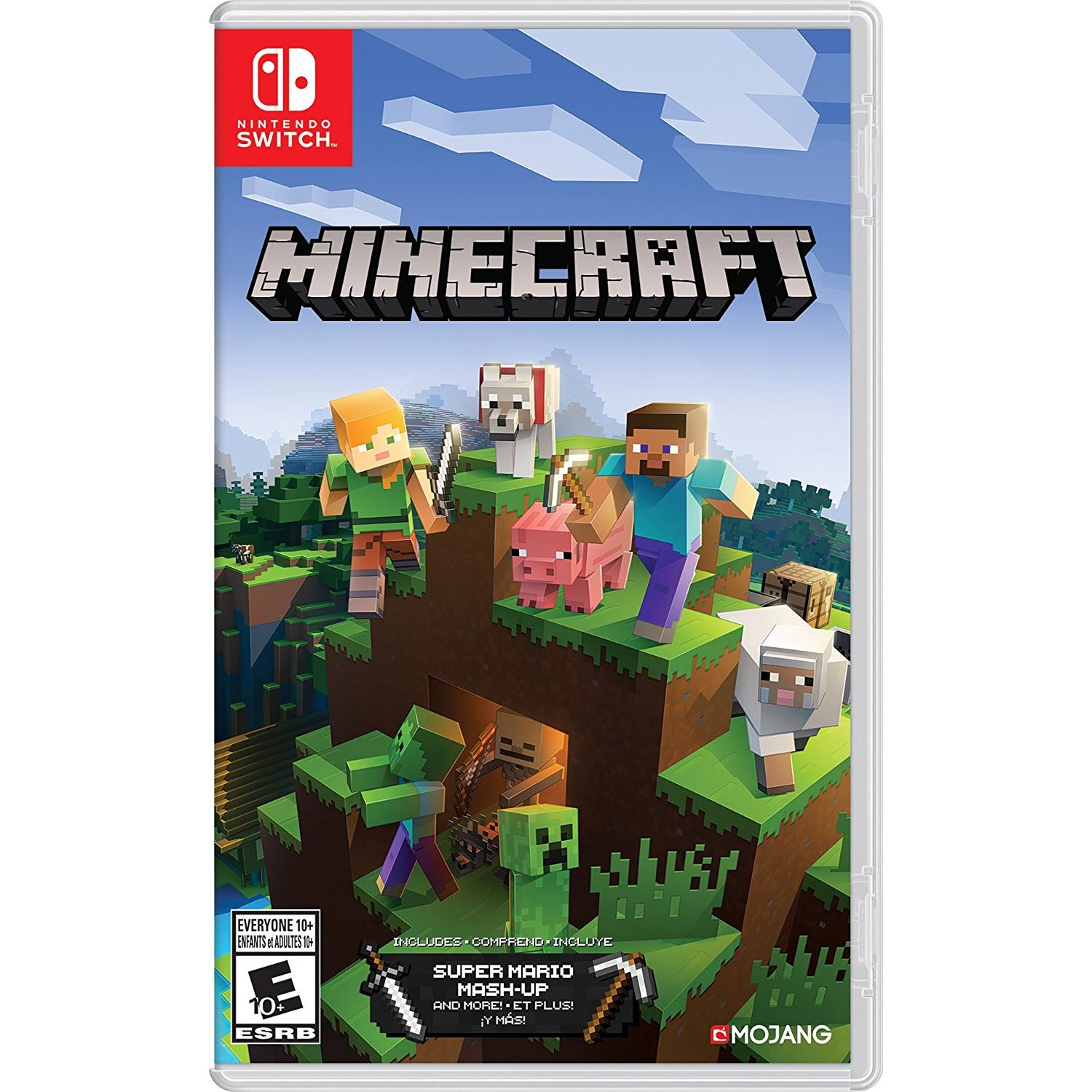 This new one is also a brand new version of Minecraft for the Switch because it uses the Bedrock engine. This means it now joins Windows 10, Xbox One, VR and mobile devices that already have the cross-play compatibility  Better Together update, meaning Nintendo Switch users can now play with users on those other platforms.

Minecraft Nintendo Switch has an MSRP of $29.99 and is available at Best Buy, Target, GameStop, Amazon, and Walmart.

If you or your kids are hopelessly hooked on Minecraft, the Minecraft Steve or Creeper Heads make an easy Halloween costume choice this year. Never mind that we’re only in Spring right now. It never hurts to get ahead of the game. Besides, everyone will have fun running around […]

After logging in endless hours of playing Minecraft, it’s not unusual to start seeing the world in pixelated blocks. No need to be ashamed of your temporary insanity. Just give into it and treat yourself to a pack of Minecraft Sheet Magnets. Stick all eighty […]

Minecraft fans have had a great summer of merchandise. You had the Vinyl Creeper Figure, Creeper Face Mug, and my favorite, the Minecraft Creeper & Steve Wearable Heads. But if you still crave more, this Minecraft Creeper Plush Toy with Sound should hold you over […]

There’s a new university and it’s trying to lure students away from the structure of traditional universities. It’s Minecraft University, and a pre-requisite to attend this university is foregoing your professional degree and/or profession and taking up a lifetime of late-night virtual construction. See, there’s even […]

If you play Minecraft then you already know this guy. After you’ve spent so many hours creating something, you’ve probably had a Creeper come along and destroy it. This guy is evil. But still kind of cute in an 8-bit sort of way. This Minecraft […]

If you’re addicted to playing Minecraft, but just can’t quit cold turkey, you need the LEGO Minecraft Micro World. You’ll be able to ween yourself off the computer game by playing Minecraft with Lego. This Lego set (#21102) features 480 pieces and includes Steve, a […]

Back in April 2012, GeekAlerts announced that LEGO & Minecraft were teaming up to bring fans of both genres a great building block set. The LEGO Minecraft Micro World 21102 is now available and features 2 buildable Micromob characters: Player and Creeper. When you’re not […]

If you’re a Minecraft addict, chances are the game invades your thoughts even when you’re not playing. Get the new Minecraft USB Desktop Nether Portal, and now instead of just thinking about Minecraft you can play with your very own operational Nether Portal. You’ll think […]

Do you enjoy Minecraft a lot more than your chemistry class? If so, let it be known with one of these Minecraft Periodic Table T-Shirts. It combines the fun of Minecraft elements into a Periodic Table of the Elements design, so you don’t confuse Lapis […]