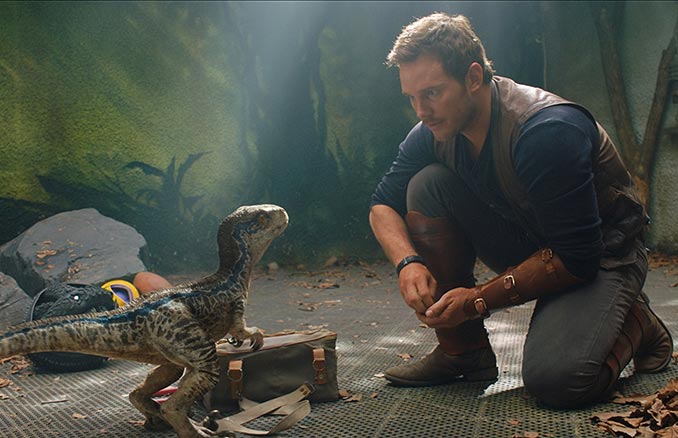 Chris Pratt is a national treasure, who despite all his success, appears to be a humble down to earth person. In keeping with that graciousness for Jurassic World: Fallen Kingdom, which hits theaters today, he shined the spotlight on the rest of the cast and crew in short video clips called Chris Pratt’s Jurassic Journals.

These delightful videos give behind the scenes looks into the many people that contribute to making such a massive movie. There’s stuntmen, actors, actresses, production assistants, safety divers, script supervisors, drivers, make-up artists, and other professionals that all perform an important role in producing and polishing a major production like Jurassic World: Fallen Kingdom.

Over time, Universal Pictures has slowly released these videos as part of their marketing campaign for the movie. Whether you haven’t seen the movie yet and are watching these to tide you over, or if you already saw it and just want more behind the scenes information, you’ll enjoy watching these. Maybe you just want more Chris Pratt. Whatever the case, enjoy all 10 of Chris Pratt’s Jurassic Journals!

These Legend of Zelda Premium Journals are deluxe hardbound journals with gilt edging that are sure to please any Zelda fan. They feature 120 unlined pages and have an elastic bookmark and pen loop attached. These are journals that you can be proud to carry […]