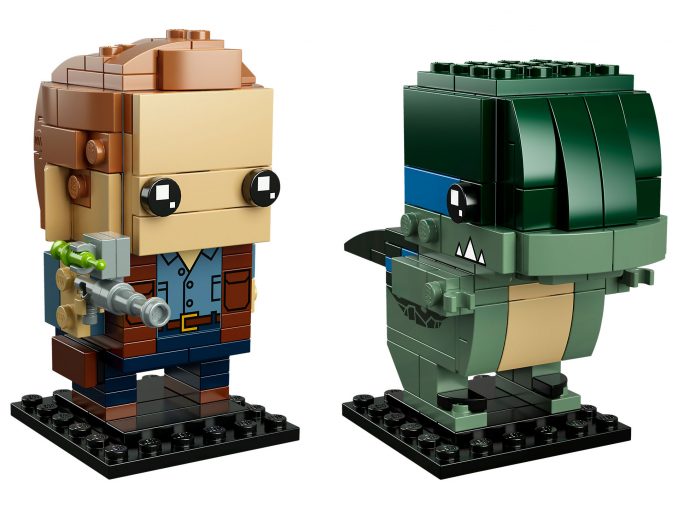 Everyone loves Chris Pratt, and his sidekick Blue from the new Jurassic World: Fallen Kingdom movie is gaining ground in the “man’s best friend” category…Sorry dog lovers, a pet velociraptor would be much cooler to have. But since you probably don’t know Chris personally, you’ll have to settle spending time with this LEGO BrickHeadz Jurassic World Owen and Blue Set 41614.

The officially-licensed set includes 234 pieces, so you should be able to have your very own Owen and Blue toy in no time. Both figures have authentic details from the Jurassic World: Fallen Kingdom movie, including Owen’s tranquilizer gun and Blue’s white teeth. Perfect for your office desk, or to combine with your other LEGO sets. 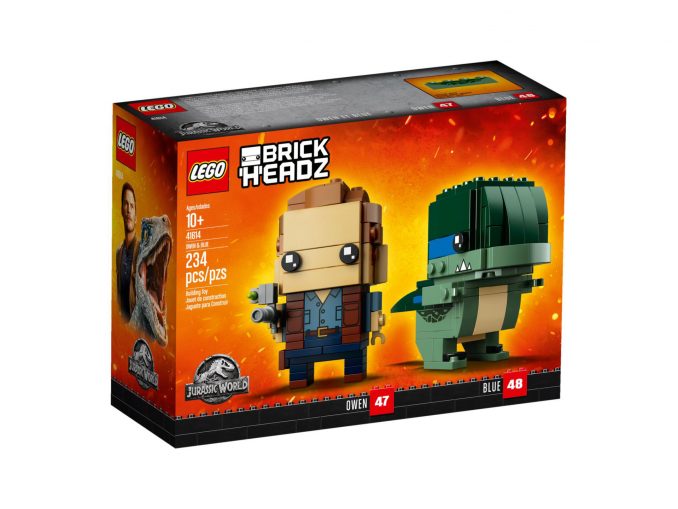 These LEGO BrickHeadz 41614 Owen & Blue construction characters are fun to build using colorful LEGO bricks that recreate all their iconic details from the blockbuster Jurassic World: Fallen Kingdom movie, including a dino trainer, Owen’s tranquilizer gun and velociraptor Blue’s ferocious white teeth. Each character stands on a buildable collector’s baseplate with BrickHeadz logo for easy display in your home, office or anywhere you like.

You can purchase the LEGO BrickHeadz Jurassic World Owen and Blue Set at the Lego Shop, Walmart.com and Amazon.com.

LEGO BrickHeadz are similar to Funko Pop figures, except that you build them from LEGO pieces. They’re also like Funko Vynl, because most of the newer sets come with a pair of related characters. That’s true for this LEGO BrickHeadz Homer Simpson & Krusty the […]