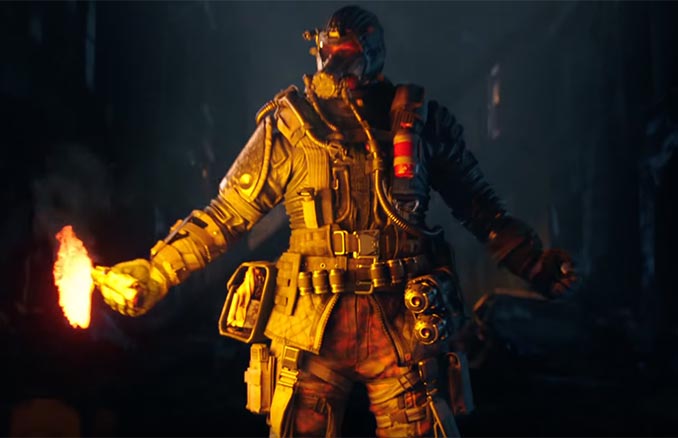 Call of Duty is one of the biggest franchises in video games, and today was their massive Community Reveal Event for the newest CoD game: Black Ops 4. Rather than slowly releasing trailers over time to build a hype train, they released many videos today in their hype tsunami. Kicking things off is the cinematic video: Call of Duty: Black Ops 4 — Power in Numbers Trailer.

Call of Duty: Black Ops 4 will be released on October 12, 2018 for PC, PlayStation 4, and Xbox One. It is from the Activision’s Treyarch studio, the same developers as the previous CoD: Black Ops games. (Another Activision studio, Infinity Ward, developed Infinite Warfare, Ghosts, and the Modern Warfare games.)

Dangerous alone, unstoppable as a team.

If you want to know all about the new game, watch the full Call of Duty: Black Ops 4 Community Reveal Event:

The Call of Duty Silvertone Rubber Bullet Strap Watch is a must for fans of Activision’s popular first person shooter franchise. This watch features the Call of Duty logo and a rubber band strap that has bullet accents on it. The strap measures about 8 […]