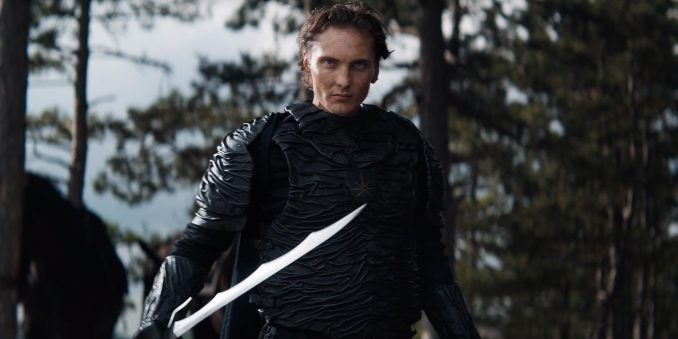 You’ve seen the Teaser Trailer, now watch the main The Witcher Trailer. It will arrive on Netflix on December 20, 2019.

Based on the popular novel series The Witcher by Polish author Andrzej Sapkowski, as is the video game series, this television series is created by Lauren Schmidt and has a first season of just 8 episodes. Henry Cavill stars as Geralt of Rivia with Freya Allan playing Ciri, Anya Chalotra as Yennefer, Joey Batey as Jaskier, Tom Canton as Filavandrel, and MyAnna Buring as Tissaia.

Watch the The Witcher Official Main Trailer from Netflix:

You can’t outrun destiny just because you’re terrified of it. Henry Cavill is Geralt of Rivia. The Witcher arrives on December 20, 2019.

Netflix just released this 6 Underground Trailer and it looks like a big-budget movie that should be coming out in theaters rather than something produced by a streaming service. After all, it stars Ryan Reynolds and is directed by Michael Bay. It is written by […]