Jumanji: The Next Level will be released on December 13, 2019, and will again star Dwayne Johnson, Jack Black, Karen Gillan, and Kevin Hart. The difference is that the characters are changed as they don’t have a chance to pick avatars before being sucked into the game. This time around the cast also includes Danny DeVito and Danny Glover.

Watch the Jumanji: The Next Level – Final Trailer from Sony Pictures Entertainment:

In Jumanji: The Next Level, the gang is back but the game has changed. As they return to Jumanji to rescue one of their own, they discover that nothing is as they expect. The players will have to brave parts unknown and unexplored, from the arid deserts to the snowy mountains, in order to escape the world’s most dangerous game.

Here is the latest movie poster for Jumanji: The Next Level: 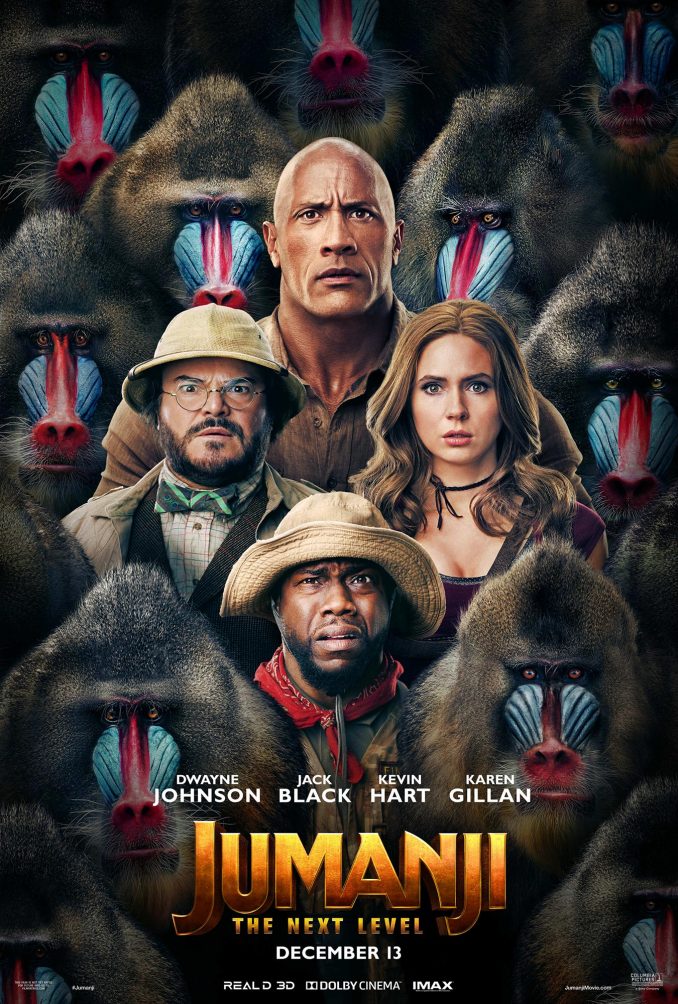 Jumanji: The Next Level – Official Trailer

The Jumanji Board Game is as exciting as the movie it’s based on. Make that movie(s). This cooperative board game is sure to be a rumble in the jungle. Once you begin, you have to finish. One of the players is in trouble and the […]

This year Hallmark has some fantastic Christmas ornaments for Star Wars fans, such as the Death Star, Millennium Falcon, R2-D2, and X-Wing Ornaments. It isn’t just characters and starships either, they also have ones like this Return of the Jedi Rebellious Rescue Ornament that commemorate […]