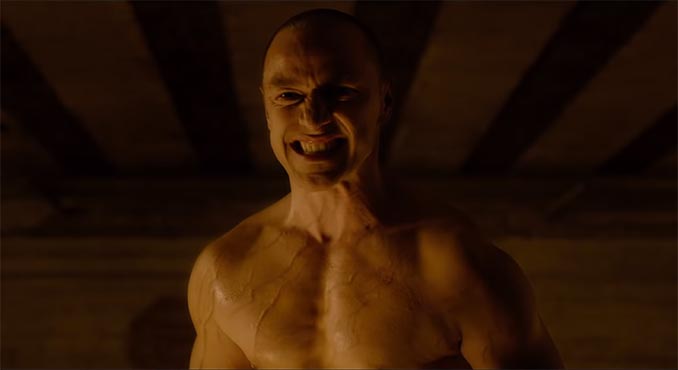 If you were thrilled by the Original Glass Trailer, you’ll definitely want to watch the Glass (2019 Movie) Trailer #2. You need to be cautious about putting too much faith in movies living up to their trailers, but it looks like M. Night Shyamalan may be back in top form with Glass, the follow-up to Split (2016) and Unbreakable (2000).

Due to be released in theaters on January 18, 2019, Glass is written and directed by M. Night Shyamalan. It stars Samuel L. Jackson as Elijah Price / Mr. Glass, Bruce Willis as David Dunn / The Overseer, and James McAvoy as Kevin Wendell Crumb / The Horde / The Beast. They are joined by Sarah Paulson as Dr. Ellie Staple, Anya Taylor-Joy as Casey Cooke, Spencer Treat Clark as Joseph Dunn, and  Charlayne Woodard as Mrs. Price.

M. Night Shyamalan brings together the narratives of two of his standout originals—2000’s Unbreakable, from Touchstone, and 2016’s Split, from Universal—in one explosive, all-new comic-book thriller: Glass.

From Unbreakable, Bruce Willis returns as David Dunn as does Samuel L. Jackson as Elijah Price, known also by his pseudonym Mr. Glass. Joining from Split are James McAvoy, reprising his role as Kevin Wendell Crumb and the multiple identities who reside within, and Anya Taylor-Joy as Casey Cooke, the only captive to survive an encounter with The Beast.

Following the conclusion of Split, Glass finds Dunn pursuing Crumb’s superhuman figure of The Beast in a series of escalating encounters, while the shadowy presence of Price emerges as an orchestrator who holds secrets critical to both men.

There is also a new series of Glass movie posters with the stars of the film. You have Samuel L. Jackson as Mastermind: 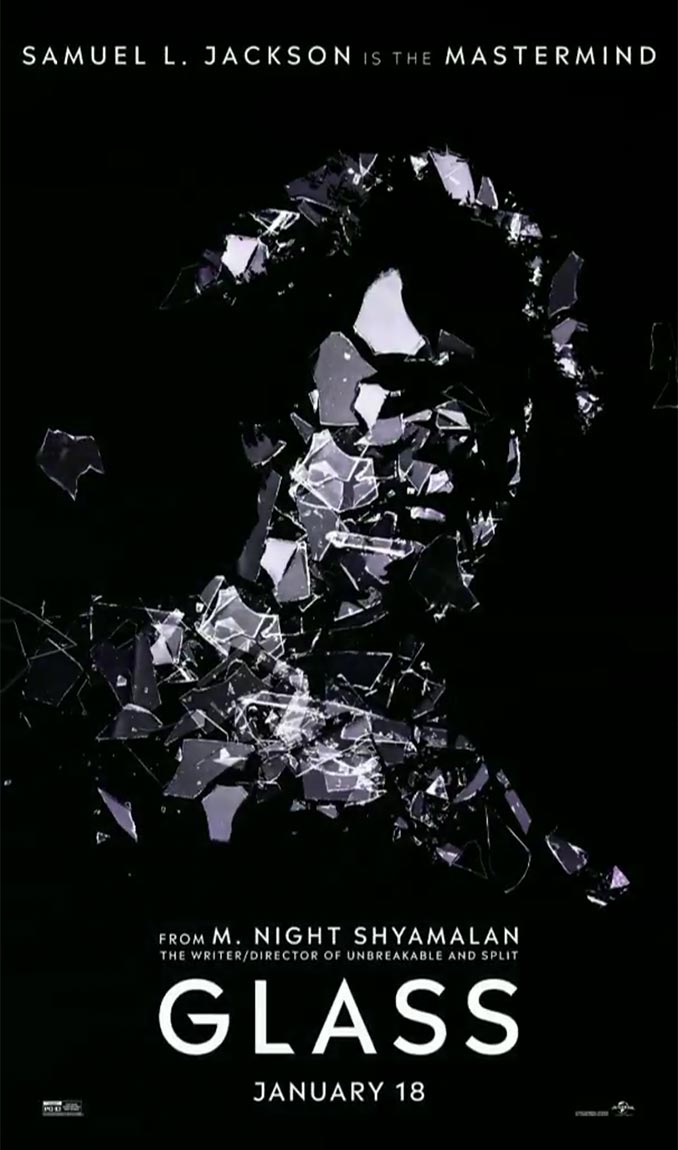 Another Glass movie poster in the series features Bruce Willis as Overseer: 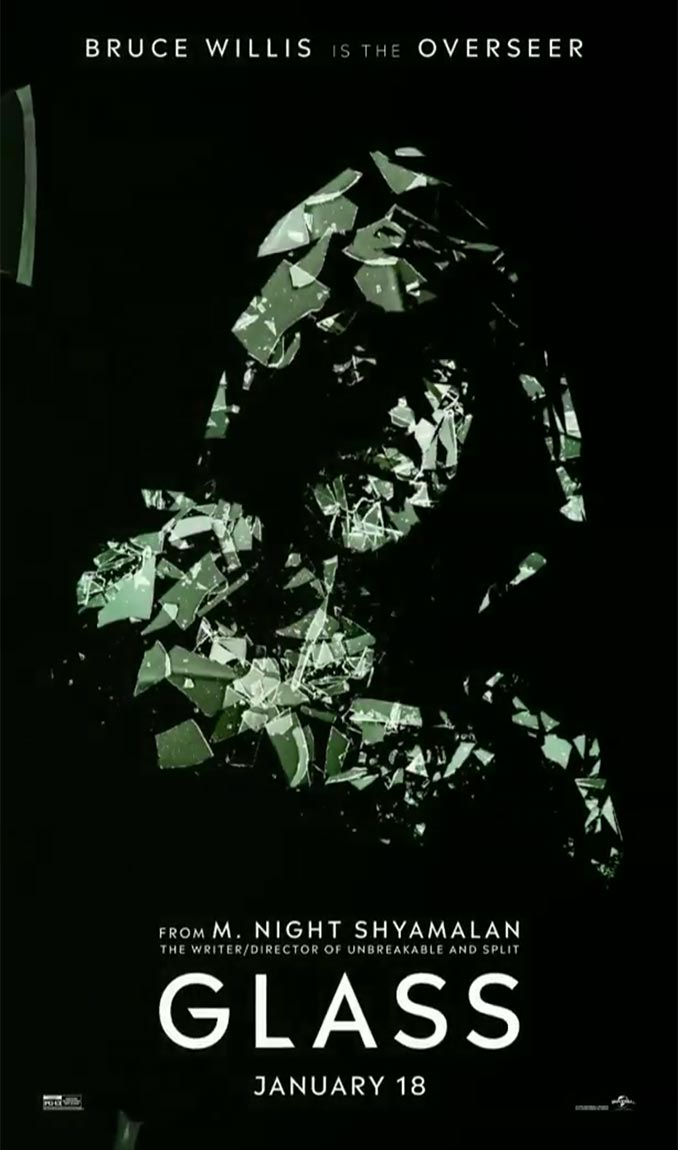 Finally, we have James McAvoy as Beast in this theatrical poster for Glass. 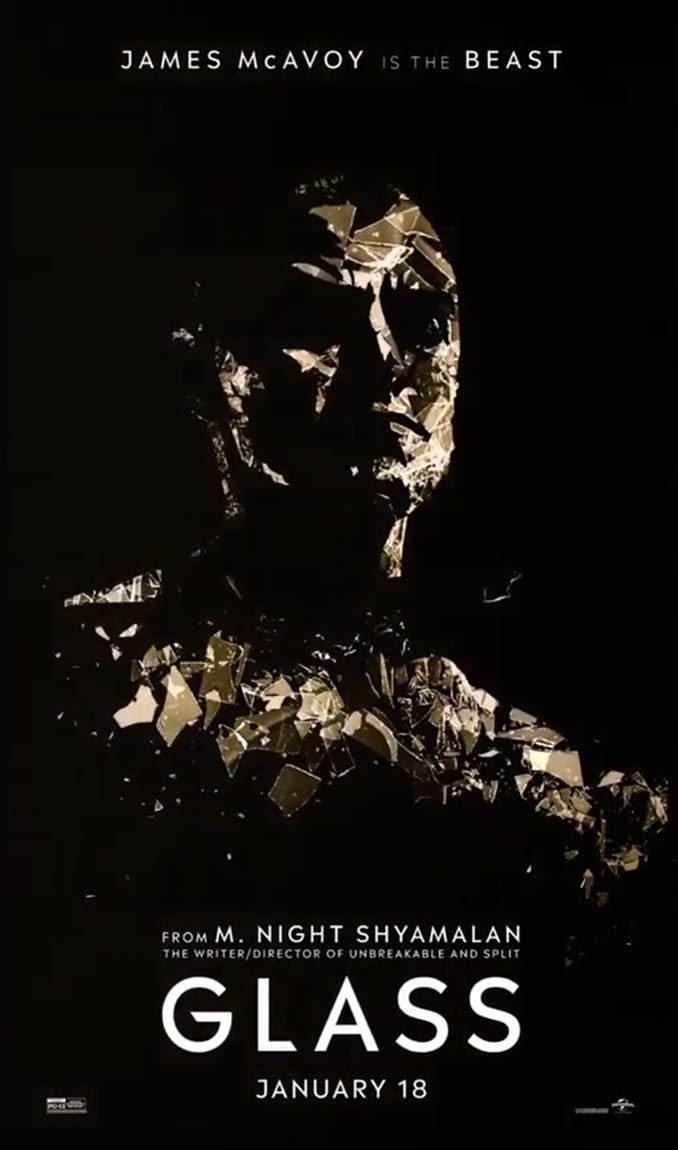 Just about everyone knows Jabba the Hutt, but you have to be a true Star Wars geek to know his sidekick, Salacious B. Crumb, by name. Get cute cartoon-styled vinyl figures of both of them with this Funko Vynl Jabba The Hutt & Salacious Crumb […]