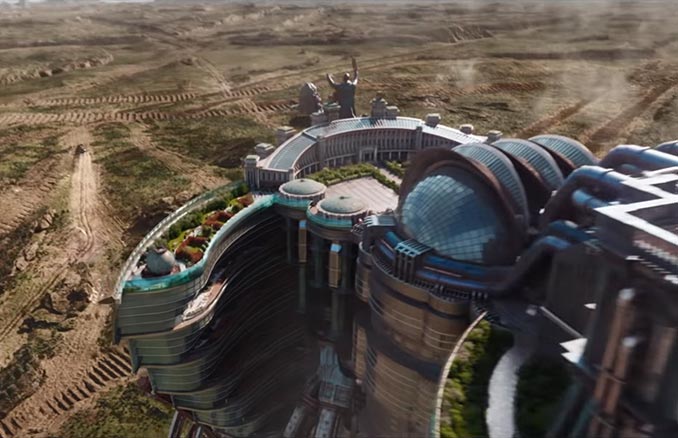 When you watch Mortal Engines Official Trailer it will be obvious that this upcoming film is by the filmmakers of  The Lord of the Rings and The Hobbit. Not just because they brag about it at the beginning or from the New Zealand landscapes, but because of the eye-popping special effects, astonishing spectacle, and epic adventure.

While Peter Jackson contributed to the script and is a producer, he did not direct Mortal Engines. It is directed by Christian Rivers, and this is a surprisingly large project given that it is his first time as director of a feature film. However, he does have plenty of experience serving Peter Jackson as a storyboard and visual effects artist, and he has directed some short films.

Mortal Engines will be released in theaters in the United States on December 14, 2018. It is based on the Mortal Engines novels by Philip Reeve, with a screenplay by Fran Walsh, Philippa Boyens, and Peter Jackson. Stephen Lang, Hugo Weaving, Hera Hilmar, Frankie Adams, Robert Sheehan, Jihae, Ronan Raftery, Leila George, and Patrick Malahide.

Thousands of years after civilization was destroyed by a cataclysmic event, humankind has adapted and a new way of living has evolved. Gigantic moving cities now roam the Earth, ruthlessly preying upon smaller traction towns. Tom Natsworthy (Robert Sheehan)—who hails from a Lower Tier of the great traction city of London—finds himself fighting for his own survival after he encounters the dangerous fugitive Hester Shaw (Hera Hilmar). Two opposites, whose paths should never have crossed, forge an unlikely alliance that is destined to change the course of the future.

If you missed it, here is the Mortal Engines Official Teaser Trailer:

Mortal Engines is the startling, new epic adventure directed by Oscar®-winning visual-effects artist Christian Rivers (King Kong). Joining Rivers are The Hobbit and The Lord of the Rings trilogies three-time Academy Award®-winning filmmakers Peter Jackson, Fran Walsh and Philippa Boyens, who have penned the screenplay. The Universal and MRC adaptation is from the award-winning book series by Philip Reeve, published in 2001 by Scholastic. 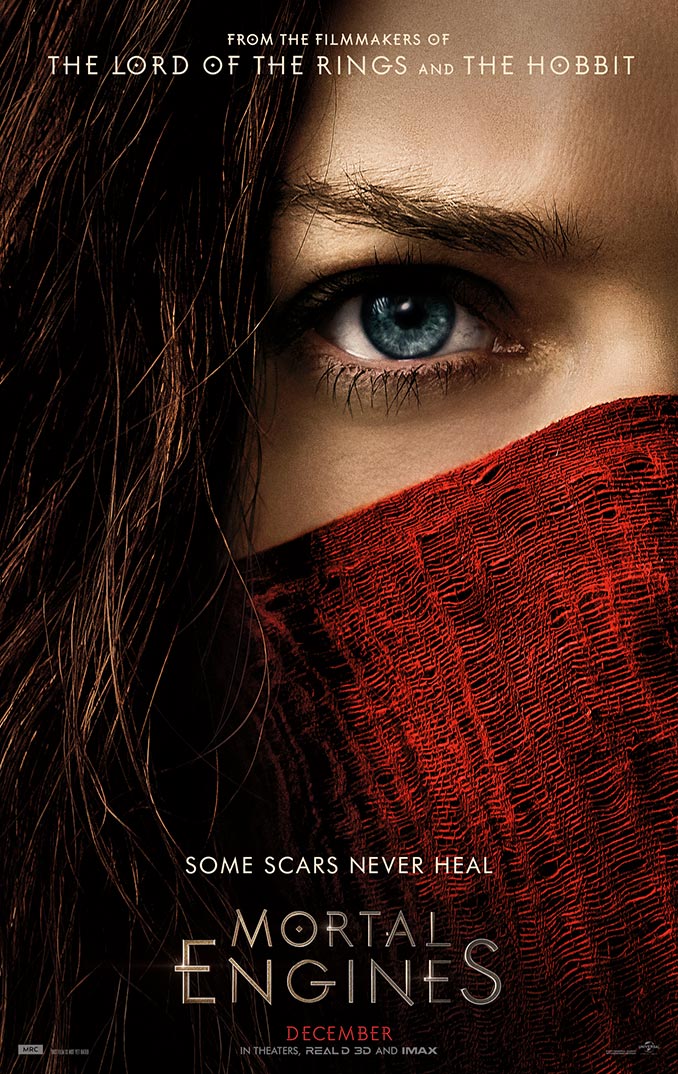 Can’t get enough posters of The Hobbit? No worries. Hobbit: The Definitive Movie Posters will give you 40 glossy, high-quality removable posters on thick paper. That’s enough posters to decorate your entire house. These posters from Peter Jackson’s The Hobbit movie trilogy come in a […]

You read the book and enjoyed the movie, so why not play The Hobbit Trilogy Edition Monopoly Game? It’s Monopoly for fans of J.R.R. Tolkien. You will need to gather your courage and strength as you build your empire in the land of good and […]

Sometimes truth in advertising really is the way to go, especially when it could save your life. The ego-saving grace of the Mortal Instruments: City Of Bones Mundane T-Shirt is that the big, bold word on your chest isn’t really an insult. Instead, it’s a […]

If you live in an area where there is a lot of snow or plan on traveling to such a place, try getting around in these Yaktrax Instant Ice Traction Shoes. They give you better traction so that walking in the snow is easy. Just […]

Wasn’t Bilbo Baggins’ house the coolest ever? He was probably the founding father of the term “man cave.” If you’re a big fan of “The Lord of the Rings” and Hobbit architecture, then you probably won’t be able to rest until you have the Bookshelf Hobbit Door. Whatever lies behind this […]