Watch the Hunter Killer (2018 Movie) Trailer for a film that is filled to the brim with fierce action and intense thrills. It’s a story about an American submarine captain and his crew, along with an elite team of U.S. Navy Seals, that must rescue the Russian president, who has been kidnapped by a rogue general. It isn’t just the safety of the submarine and her crew on the line—it’s up to them to stop WWIII.

Hunter Killer stars Gerard Butler as Captain Joe Glass and features Academy Award winner Gary Oldman. The film also stars Linda Cardellini, Toby Stephens, Common, and Michael Nyqvist. It is directed by Donovan Marsh and is based on the novel Firing Point by Don Keith & George Wallace. It will be released in theaters in the United States on October 26, 2018.

Deep under the Arctic Ocean, American submarine Captain Joe Glass (Gerard Butler, Olympus Has Fallen, 300) is on the hunt for a U.S. sub in distress when he discovers a secret Russian coup is in the offing, threatening to dismantle the world order. With crew and country on the line, Captain Glass must now assemble an elite group of Navy SEALs to rescue the kidnapped Russian president and sneak through enemy waters to stop WWIII. 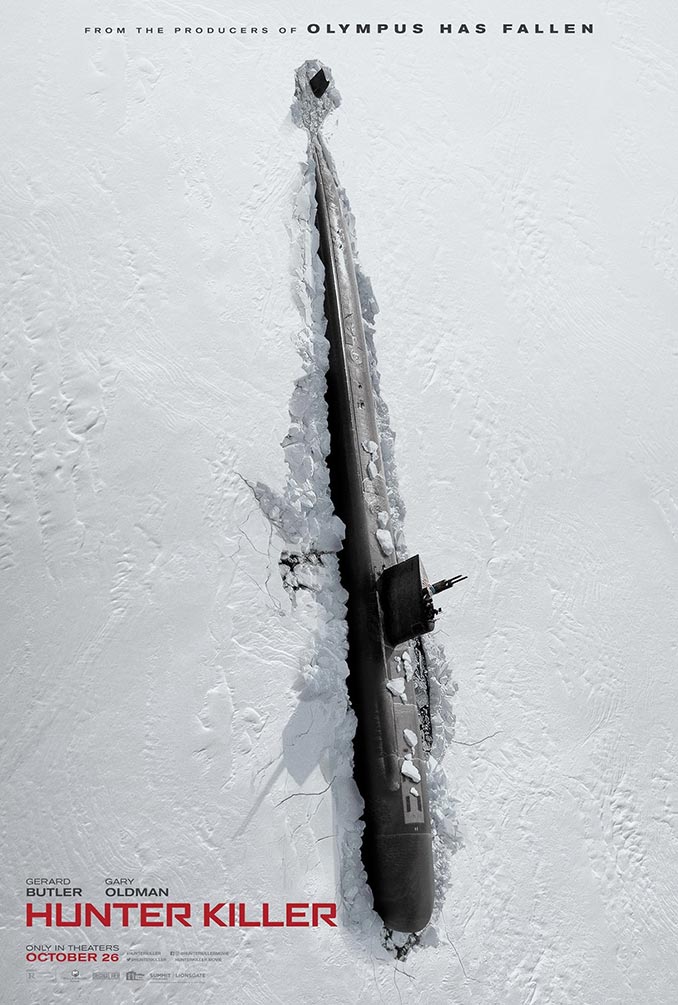 These Captain America Suit-Up Crew Socks are probably the best yet, and we’ve seen plenty of Captain America socks: Argyle,  Athletic, Text, and even Captain America Socks With Wings. The patriotic red, white, and blue style is awesome, and they should be very comfortable since […]

If you’re looking for bedroom slippers with a personality, then look no further than these Killer Bunny Slippers. They look like typical and perfectly adorable bunnies from some angles, but you’ll see that they are far from being just regular, old bunnies when you peek at […]

Some people have looks that can kill. Others take it upon themselves to dress to kill. And then there are those that simply accessorize to get that amazing and almost literal killer look by slipping on the Killer Ring into one of their digits. From […]