A movie about NASA could be boring, but the First Man Official Trailer Looks Incredible! Universal Pictures just dropped the first trailer for this upcoming Ryan Gosling film from Oscar-winning director Damien Chazelle, and it looks intense and riveting.

First Man tells the story of NASA during the years of 1961 through 1969 and their ambitious mission to put a man on the moon. Based on the book of the same title by James R. Hansen, First Man tells the story through the visceral, first-person account of Neil Armstrong. It explores the sacrifices and costs of the incredibly dangerous Apollo missions, and how those balance against the benefits of space exploration.

First Man is scheduled for released in theaters on October 12, 2018. Ryan Gosling stars as Neil Armstrong, with Claire Foy as his wife, Janet Armstrong. Academy Award winner Josh Singer (Spotlight) wrote the screenplay based on the book by by James R. Hansen.

On the heels of their six-time Academy Award®-winning smash, La La Land, Oscar®-winning director Damien Chazelle and star Ryan Gosling reteam for Universal Pictures’ First Man, the riveting story of NASA’s mission to land a man on the moon, focusing on Neil Armstrong and the years 1961-1969. A visceral, first-person account, based on the book by James R. Hansen, the movie will explore the sacrifices and the cost—on Armstrong and on the nation—of one of the most dangerous missions in history.

Written by Academy Award® winner Josh Singer (Spotlight), the drama is produced by Wyck Godfrey & Marty Bowen (The Twilight Saga, The Fault in Our Stars) through their Temple Hill Entertainment banner, alongside Chazelle and Gosling. Isaac Klausner (The Fault in Our Stars) executive produces. DreamWorks Pictures co-finances the film. 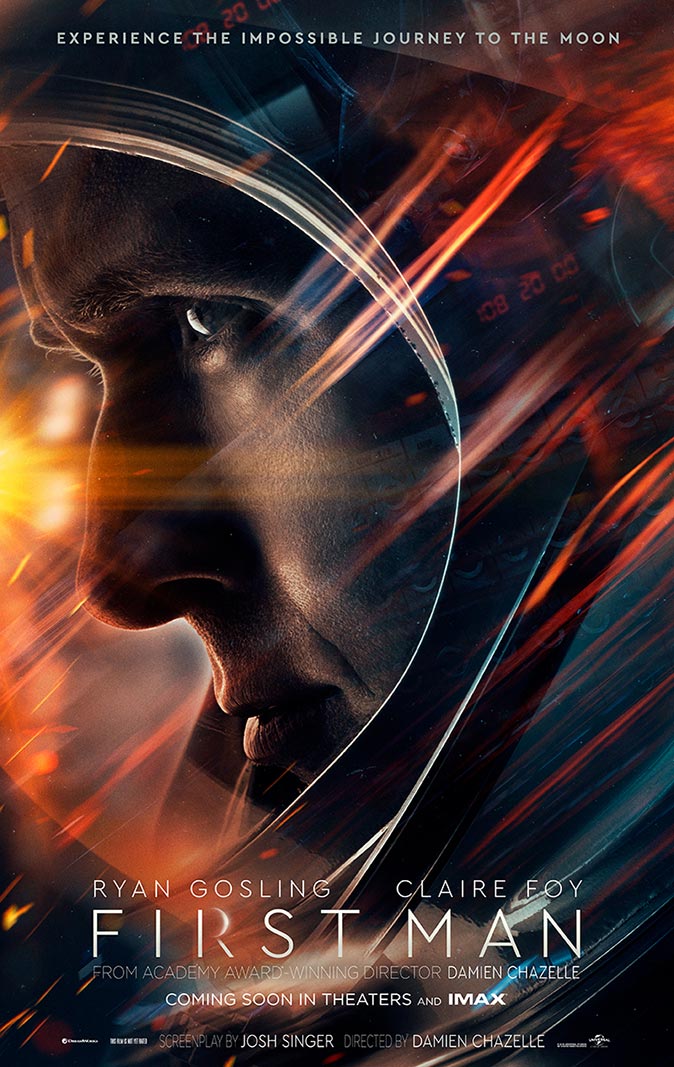 With these NASA Astronaut Boot Plush Slippers, you’ll be able to say, “That’s one small step for a man, one comfy leap for mankind.” Because while they look like moon boots that NASA astronauts would wear to walk on the moon, they are actually comfy, […]

Get ready for a beautiful game of poker with these NASA Space Playing Cards. They feature Card faces feature NASA photography from the archives. The card backs are lovely and retro. You get a complete 52-card deck plus 2 jokers. It makes a great gift […]

Summer is coming! Stay cool and sunburn free with the NASA Strength Sun Protection Jacket. Using technology developed by NASA, this radiant barrier jacket reflects up to 80% of sun’s heat and provides 99.89% UV protection for the chest, shoulders, upper back, and the tops […]