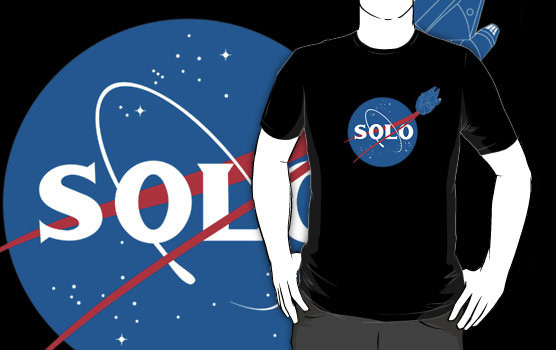 NASA might have put a man on the moon but Han Solo made the Kessel Run in under 12 parsecs, and neither feat is something to sneeze at, so why not honor both the organization and the man with the Star Wars Han Solo NASA T-Shirt?

NASA might know a thing or two about space travel but they need some serious help when it comes to style. Fortunately, everyone’s favorite smuggler with a heart of gold had just the thing to add a little Star Wars flair to the boring symbol of Earth’s space center – the Millennium Falcon, the only ship in the galaxy that delivers fear and hope at the same time because you know there’s nothing to worry about as long as all systems are go but if the Falcon decides to act up… well, let’s just hope Han and Chewie can help her hold together. 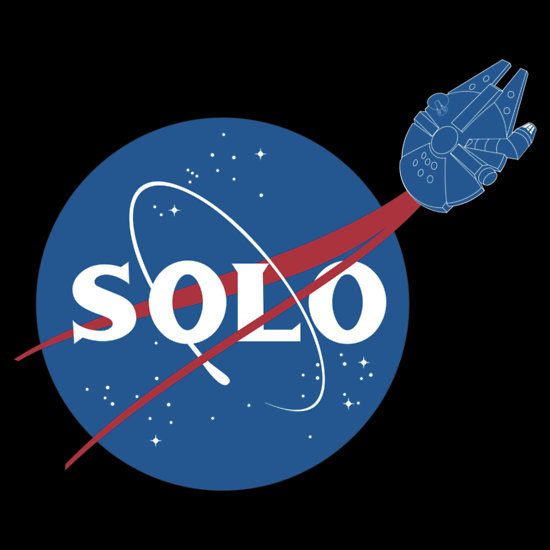 You can choose to have the NASA/Star Wars emblem printed either on the front or back of an American Apparel t-shirt, and there’s a whole rainbow of colors to choose from.

The Star Wars Han Solo NASA T-Shirt is available for $24.52 at RedBubble.com.

UPDATE: The “SOLO” T-Shirt is no longer available at RedBubble, but the designer is now selling it at TeePublic.com.