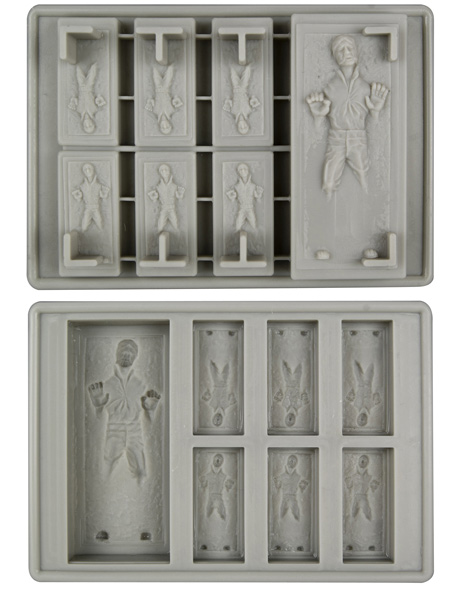 There are many cool and geeky ice cube trays out there, such as the Pi Symbol, Pac-man, Tetris, and Fishbone silicone ice trays. However, the Han Solo in Carbonite Ice Cube Tray stands above all of them, because carbonite and being frozen go hand in hand. Although you aren’t limited to just making ice cubes with these quality silicone trays, since they can be used to make Jello, chocolate, and other things you want molded into the shape of Han Solo frozen in carbonite.

These days, when some people hear the word Carbonite they think of the online backup service. Although geeks can really use a service like that, with all our lives being stored on our computer, it is a lot more fun to play with these Han Solo in Carbonite Ice Cube Trays.

Pre-order the Han Solo in Carbonite Ice Cube Tray for $9.99 at Entertainment Earth. Delivery is expecting in July 2011.