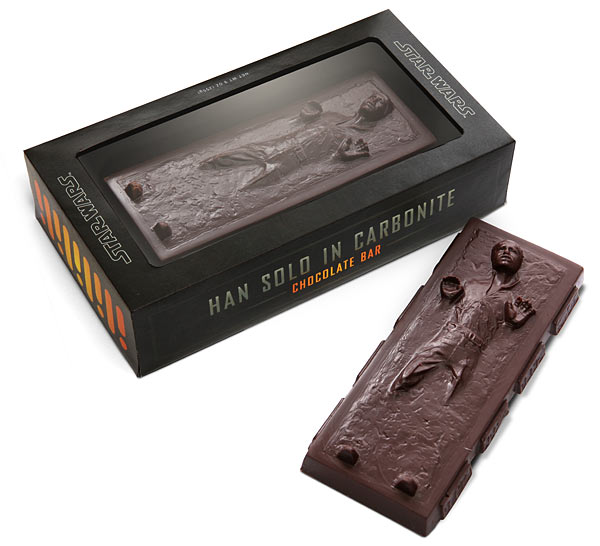 Freezing Han Solo in carbonite looked really cool and of course allowed Han Solo to survive, but Jabba wasn’t fooling anybody. If he had known about chocolate (and I can’t believe he didn’t by looking at his belly??) he would have most definitely chosen to freeze Han in that. No one in this universe or the Star Wars universe will be able to resist the power of the Star Wars Han Solo Carbonite Chocolate Bar. Just one bit spells certain doom for our beloved hero…

Made from 4.5 oz of premium dark chocolate, each bar is 6 inches in length and comes in a cool Star Wars themed box. Perfect for the annual holiday candy gift! 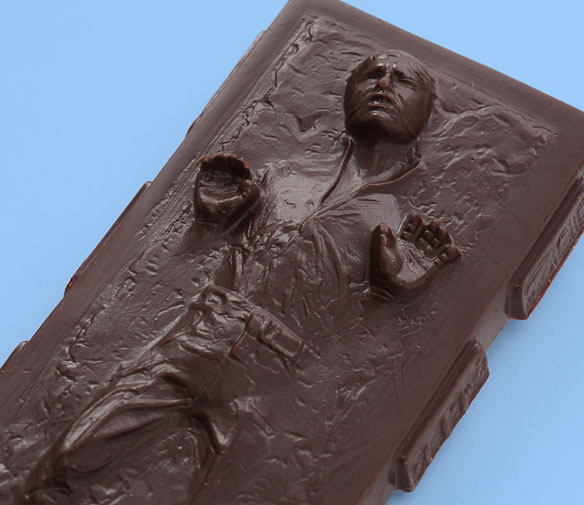 Such detail, such flavor, such a shame we have to eat you Han! 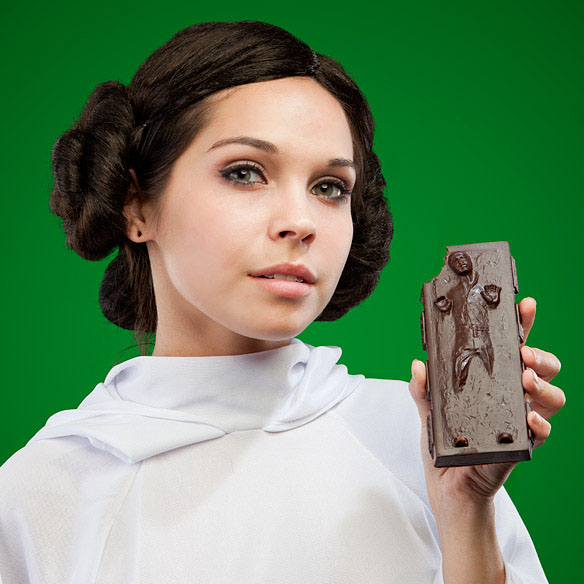 Since we all have to go someday, I choose to go like this. Looks to be quite satisfying for all parties involved….Bon Appétit!

Get ready to sink your teeth into two of the best things around; premium dark chocolate and Star Wars. Forget about that boring box of chocolates this year; step up and give someone their own Star Wars Han Solo Carbonite Chocolate Bar from ThinkGeek for only $11.99. Supplies should be stocked and ready to go buy December 3, 2011. UPDATE: 11/28/2011 The Han Solo Carbonite Chocolate Bar is in stock and selling fast.

Keep an eye out for the Star Wars Lightsaber Candlestick that should also be available in late December.