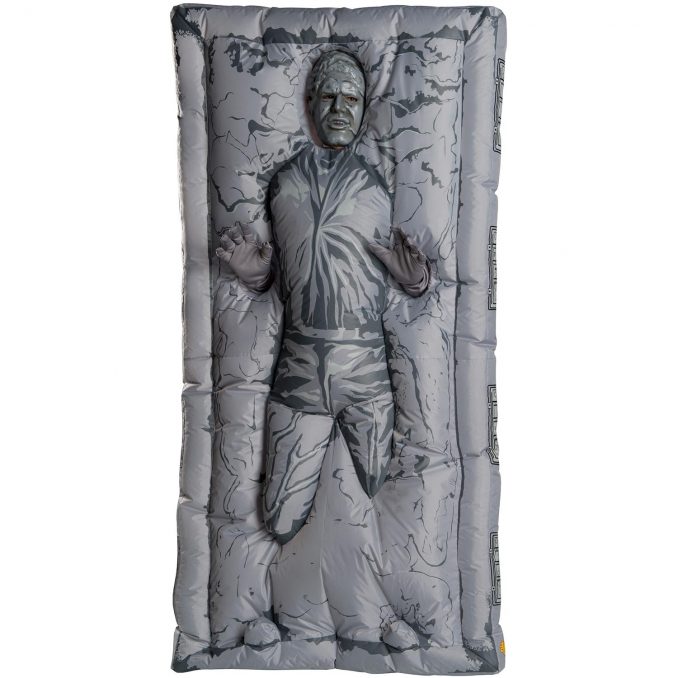 If you’re the type that likes an impressive Halloween costume, but can’t be bothered with something that is a lot of work, let alone making something for yourself, this Han Solo in Carbonite Inflatable Costume is ideal. It looks totally cool, and everyone will know what you are. Plus it comes with everything you need and is really easy to set up and wear.

This Han Solo in Carbonite inflatable costume comes with a battery operated fan, which keeps the costume inflated. It also comes with a mask and gloves, so you can complete the look without having to buy accessories or apply makeup. Put on the gloves and mask, then strap on the inflatable block and you are good to go. Since it is inflatable, it will be lightweight and easy to carry despite its impressive appearance. 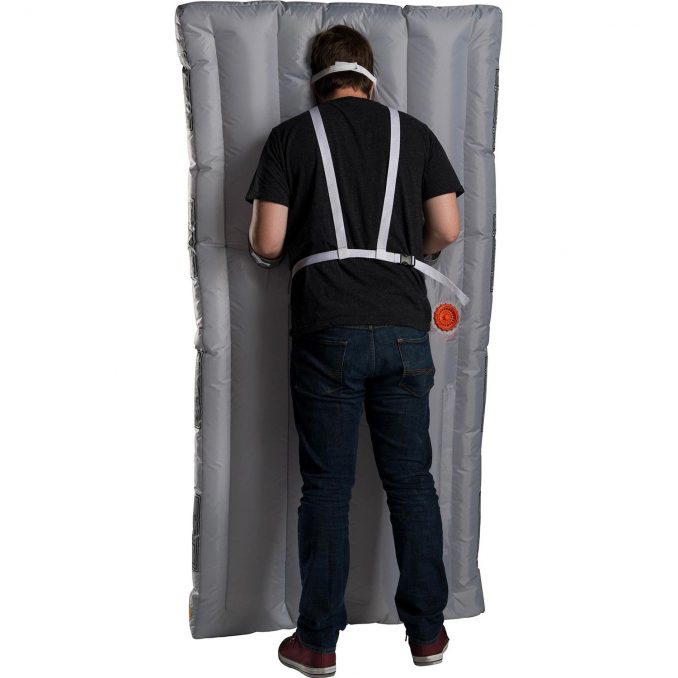 If it’s always been your dream to be captured in carbonite, we have the costume for you! This one-of-a-kind adult-sized Star Wars Han Solo in Carbonite Inflatable Costume includes a battery-operated fan, gloves, and a mask. One sizes fits all.

This Adult Inflatable Han Solo Carbonite Costume is Star Wars and Disney officially licensed. The costume jumpsuit secures with a hook and loop closure, and inflates to rectangular carbonite block proportions. The mask and gloves are separate pieces, in carbonite gray to complete the costume effect. The battery operated fan secures to your pocket or waist.

Buy the Han Solo in Carbonite Inflatable Costume for $73.99 at BuyCostumes.com. You can also find it at HalloweenCostumes.com, Entertainment Earth, and Target.