You enjoyed the Teaser Trailer, now it’s time to check out The LEGO Movie 2: The Second Part – Official Trailer 2. It includes some new scenes and funny gags that give you an idea of what this movie will be about and how much fun it will be to watch when it hits theaters on February 8, 2019.

For this sequel, we have a return of the big stars that provided voices for the original, including Chris Pratt as Emmet Brickowski, Elizabeth Banks as Lucy (aka Wyldstyle), Will Arnett as LEGO Batman, Alison Brie as Unikitty, Charlie Day as Benny, and Nick Offerman as Metal Beard. There are also many other stars providing voices or cameos such as Bruce Willis, Jason Momoa, Will Ferrell, Channing Tatum, Jonah Hill, Maya Rudolph, Will Forte, and Cobie Smulders.

It’s time to go where no brick has gone before. In Theaters February 2019!

The much-anticipated sequel to “The LEGO® Movie”, The LEGO Movie 2: The Second Part,” reunites the heroes of Bricksburg in an all new action-packed adventure to save their beloved city. It’s been five years since everything was awesome and the citizens are facing a huge new threat: LEGO DUPLO® invaders from outer space, wrecking everything faster than they can rebuild.

The battle to defeat them and restore harmony to the LEGO universe will take Emmet, Lucy, Batman and their friends to faraway, unexplored worlds, including a strange galaxy where everything is a musical. It will test their courage, creativity and Master Building skills, and reveal just how special they really are.

Reprising their starring roles from the first film are Chris Pratt as Emmet, Elizabeth Banks as Lucy (aka Wyldstyle), Will Arnett as LEGO Batman, Nick Offerman as Metal Beard, and Alison Brie as Unikitty. They are joined by Tiffany Haddish, Stephanie Beatriz, and Arturo Castro as, respectively, new characters Queen Watevra Wa-Nabi, Sweet Mayhem and Ice Cream Cone.

Where is the latest theatrical poster for LEGO Movie 2: The Second Part: 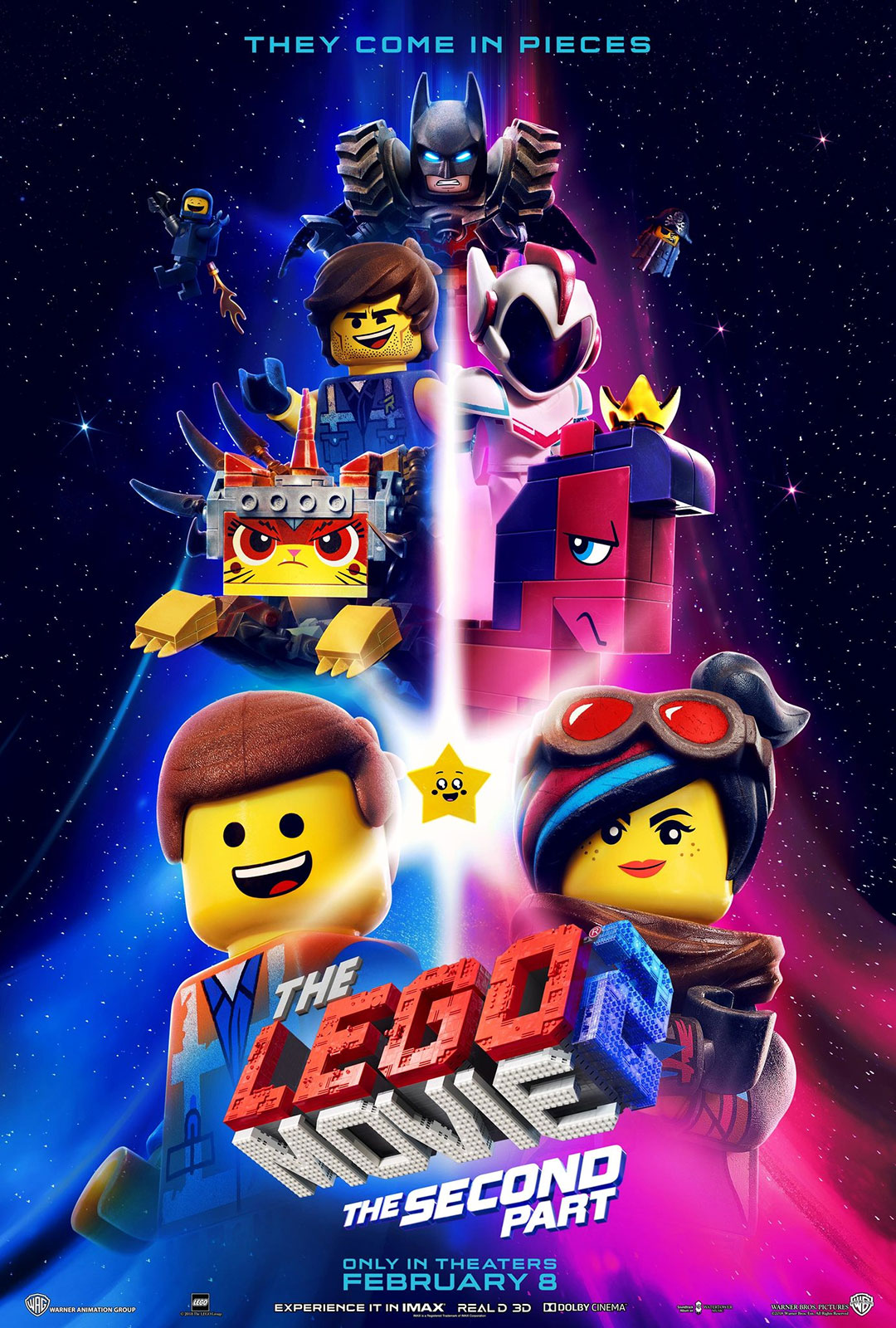