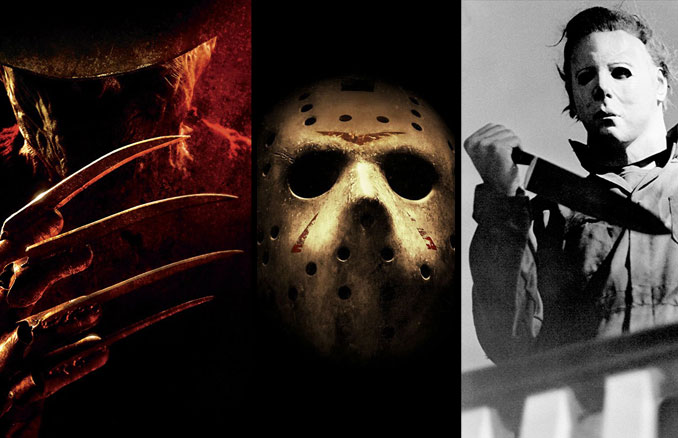 It’s Friday the 13th so that has us looking for some decent horror films to stream on Netflix. Sure you’ve got the classics like Friday the 13th, Nightmare on Elm Street and Halloween on DVD buried in a closet somewhere, but we are looking for some instant horror chills. Netflix does currently have a few classics like Chucky and Hellraiser (and we’ve included those on our list of trailers below), but what about some of those lesser known horror flicks. That’s what we are looking for. The ones that you will have you jumping and holding on to those couch pillows a little tighter than you should be. We’ve checked around and have come up with a pretty decent list of horror flicks on Netflix that you will want to check out….Remember to leave the lights on!

The Ritual
Four friends with reunite for a hiking trip to the forest, but encounter a menacing presence in the woods that’s stalking them. Stars: Rafe Spall, Arsher Ali, Robert James-Collier

47 Metres Down
Two sisters vacationing in Mexico are trapped in a shark cage at the bottom of the ocean. With less than an hour of oxygen left and great white sharks circling nearby, they must fight to survive. Stars: Mandy Moore, Claire Holt, Matthew Modine

The Babadook
A widowed mother, plagued by the violent death of her husband, battles with her son’s fear of a monster lurking in the house, but soon discovers a sinister presence all around her. Stars: Essie Davis, Noah Wiseman, Daniel Henshall

Hellraiser
An unfaithful wife encounters the zombie of her dead lover; the demonic cenobites are pursuing him after he escaped their sadomasochistic underworld. Stars: Andrew Robinson, Clare Higgins, Ashley Laurence

Cult of Chucky
Chucky returns to terrorize his human victim, Nica. Meanwhile, the killer doll has some scores to settle with his old enemies, with the help of his former wife. Stars: Allison Dawn Doiron, Alex Vincent, Brad Dourif

V/H/S/2
Searching for a missing student, two private investigators break into his house and find collection of VHS tapes. Viewing the horrific contents of each cassette, they realize there may be dark motives behind the student’s disappearance. Stars: Lawrence Michael Levine, Kelsy Abbott, Adam Wingard

Hellbound: Hellraiser II
Kirsty is brought to an institution after the death of her family, where the occult-obsessive head resurrects Julia and unleashes the Cenobites once again. Stars: Doug Bradley, Ashley Laurence, Clare Higgins

The Vault
Two estranged sisters are forced to rob a bank in order to save their brother. But this is no ordinary bank. Stars: James Franco, Scott Haze, Taryn Manning

Do you have other suggestions for great horror movies you can stream on NetFlix for Friday the 13th? Share them in the comments below.

Want to make summer camp exciting for your kids? Let them take the Friday the 13th Jason Voorhees with Sound 15-Inch Mega-Scale Doll with them. Even if you don’t want to scar your children for life, this 15-inch doll is perfect for fans of the […]

This Friday the 13th Jason Mask Metal Bottle Opener wants to terrorize your kitchen and help you open your bottles. Don’t worry, he won’t just whack it with a machete. Jason Voorhees is a pretty strong guy, supernaturally strong. That means he is the perfect […]